A disturbing Port Alberni Facebook video showing racist taunts is sparking shock and outrage in the community and on social media.

In the video, racist calls erupt out of the darkness on an otherwise quiet night as a white truck slowly drives through the Tseshaht First Nation Monday night.

“I just rolled my eyes and thought this is just crazy, just unacceptable and it’s out of line — especially right now when things are so tense,” says Nuu-chah-nulth Tribal Council president Judith Sayers.

First Nations leaders say the hurtful taunts and racial slurs witnesses say were also issued, are all too common on Vancouver Island.

“No matter how progressive we get as First Nations and how many bridges we build, it just isn’t enough,” says Sayers. “There will always be a racist sentiment in the valley.”

The video’s already had thousands of views on Facebook and as tensions rise — fueled by the unrest south of the border — First Nations and community leaders are now calling for calm.

“I really think people who are racist are feeling empowered with what’s happening, what happened in the United States with George Floyd,” Sayers says. “It’s just kind of the cumulative effect of a high profile incident but it is getting more overt.”

“We thought important to share a message of unity together and to speak to this matter together and to show that despite these instances, we continue to face and the racism that still exists, that we are stronger when we are together,” Dick says.

“In recent days, much of the world news has focused on systemic racial divide, and our close-knit community is certainly not immune to these problems, but we have to be better,” Minions adds. “We are better. We have to show kindness and respect to all walks of life, and at the same time unite with one voice when racism rears its ugly head.”

“The terrible acts of racism that played out in our community last night are an upsetting wakeup call that, while it’s easy to look at what is happening in the US as being far away, racism and hate still exists in our own back yard. As shocking as this news is to some, anti-Indigenous racism and other forms of prejudice and hate are a frightening reality faced by many in our community every day.

Today, I stand with the Nuu-chah-nulth people and all those in our community who condemn the racist behaviour of those who trespassed on Tseshaht land last evening to taunt and spew hatred towards its people for no other reason than they are different than them. We will not be whole as a community until we have eradicated racism in all its forms and truly celebrate our differences as members of the human family.”

Concerned community members are meeting tonight to talk about the issue and what can be done to bring the community together.

As upsetting as this incident was, they say it’s a good opportunity to reflect on racism at home. 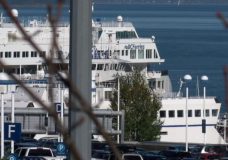 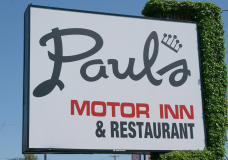