The Municipality of North Cowichan says a quick response stopped a brush fire from threatening nearby houses and the Cowichan Garry Oak Preserve Wednesday night.

Twenty-five firefighters from North Cowichan’s South End Fire Hall, the Maple Bay Fire Hall and the Duncan Fire Hall fought the fire, which was reported at 11:35 p.m. The municipality said the fire was believed to be human-caused and severely dry conditions cause the fire to quickly grow to half an acre. Firefighters battled the blaze for two-and-a-half hours before it was fully extinguished.

“We’re thankful for the very quick call to 911 by a resident,” Mike Dunn, fire chief of the Maple Bay Fire Hall, said in a statement. “That combined with the rapid response by the Fire Halls kept the fire from having devastating results.”

“That combined with the rapid response by the Fire Halls kept the fire from having devastating results.”

There is a campfire ban for the Coastal Fire Centre, with the exception of the Haida Gwaii and the “Fog Zone,” that will remain in place until Oct. 21 or until the public is otherwise notified. 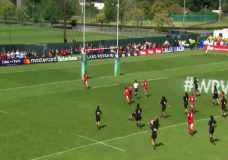 Canada out of medal contention at Women's Rugby World Cup 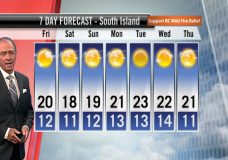