A Qualicum Beach woman is calling for change to B.C.’s health-care system after she says a staffing shortage led to her elderly mother’s fall.

The woman’s mother didn’t have a regularly scheduled care-aid visit and fell while trying to fend for herself.

Ruth Downey-Melito, 82, lives by herself in Nanaimo and relies on a care aid to help her eat and do a few household chores three times a day as she waits on hip and knee replacement surgery.

But on Friday night, her Island Health nurse didn’t arrive due to a staff shortage.

“And I get two or three calls a week like that where they phone me ahead of time and say they can’t come,” said Ruth.

Following one call, she decided to get out of bed and clean up a bit before losing her balance.

“I slipped and fell and I wasn’t sure if I broke any part of my leg and it just hurt from my toe up,” she said.

An ambulance took her to Nanaimo Regional General Hospital where she underwent testing during a five-and-a-half-hour stay before going home. The good news is nothing appeared broken, though she’s in pain.

“They said I should ask for more X-rays in about a week’s time to see if there are any hairline fractures,” said Ruth.

Her daughter says her mother’s fall shouldn’t have happened.

“I was angry because I felt that if Island Health was able to provide the visit that she was scheduled for she would not have fallen,” said Susan Melito.

Her daughter says the staffing shortage is a crisis but she doesn’t blame Island Health.

Instead, she blames the province for laying off more than 4,000 health-care workers in October. In addition, all BC Public Service Employees have been required to be fully vaccinated since November.

“I see the problem as a lot of unvaxxed health care workers that are out of work and not allowed to come back which I think is kind of crazy,” said Susan.

Susan says she knows health-care workers who want to work but are unemployed because they refuse to get vaccinated.

In a statement, Island Health said: “We take the health and safety of our clients and patients very seriously and are actively investigating this complaint.”

The province declined to add to Island Health’s statement. 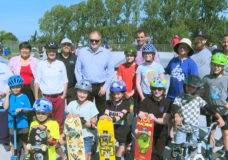 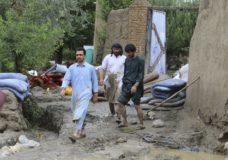