‘I picked up a rock and threw it at it’: Quadra Island man confronts grizzly bear on his farm

Ben McGuffie had been told that a grizzly bear had made its way to the north end of Quadra Island but didn’t give it much thought.

After all, his vineyard and farm are located on the south end of the island on Sutil Road and a grizzly bear had never been seen that far south — until Monday night.

That’s when at around 10 p.m., McGuffie and his wife heard a ruckus outside in their goat pen.

“I jumped out of bed to investigate,” said McGuffie. “My wife was right behind me. We went outside and the bear was chasing the goats through their pen and through their house. We started yelling at it and it came to a full stop about ten metres away from us.”

The bear looked at them and they yelled at the bear but it didn’t move.

“It stared at us despite us yelling and then I picked up a rock and threw it at it and it ran away,” recalled McGuffie.

McGuffie believes the grizzly bear had actually been on the property in the morning as well because he had seen one of their pregnant goats at 8:30 a.m. but by 9 a.m., it was gone.

It’s not unusual for a pregnant goat to find a private place to give birth. So, McGuffie and his family, including his children, went looking for it all day in the woods but never found it.

The thought of what they did now gives him the chills because the bear could have been close by the entire time.

When the grizzly came back hours later for another goat McGuffie saved them just in time.

“When I realized I was standing there in my bare feet and my underwear with a bear ten metres away, I questioned my sanity for a bit,” he said.

The bear has been seen on Quadra Island for the last three to four weeks but mainly on the north end where few people live. However, in the last couple of days, it has moved south and people are concerned.

“Both for the community because obviously there are kids here and a lot of livestock but also for the bear’s safety as well,” said Matt O’Donnell.

“It’s scary because you never know, it’s the first time a grizzly bear has been seen around here,” said Tak Ogasawara, who went for a walk with a can of bear spray for the first time Tuesday.

Conservation Officers were at the vineyard Tuesday and say the two-year-old male is likely looking for territory after getting pushed off the mainland by other bears, but that its recent actions are now worrisome.

Conservation officers also brought a bear trap to the vineyard Tuesday however a decision on what to do with the grizzly hasn’t been made yet.

The British Columbia Conservation Officers Service said in a statement to CHEK News that the public should not approach the bear.

“Do not try and get close to it and take photographs; do not walk with off-leash dogs in the area that the bear has been frequenting,” the conservation service said.

The public is also being asked to secure all attractants in and around their homes, secure all livestock, and keep animals close and locked up. If anyone sees the bear, the conversation service urges people to contact RAPP (Report All Poachers and Polluters) at 1-877-952-7277.

“When I realized I was standing there in my bare feet and my underwear with a bear ten metres away I questioned my sanity for a bit.” A #QuadraIsland man tells me about his run-in with a #grizzly bear outside his home last night coming up on @CHEK_News pic.twitter.com/FEYlOkU7aG 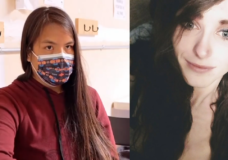 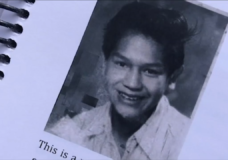 'I was sleeping and he woke me up': Sex abuse, violence and death at Kuper Island residential school