The B.C. government has returned a parcel of traditional territory to the Tsartlip First Nation on the Saanich Peninsula.

In a press release from the Province, it states that the Tsartlip First Nation has taken possession of the former Woodwynn Farm property, as of Wednesday, Dec. 16.

The government described the agreement of transferring the land between the two parties as “historic.”

“With the history of colonization in the Saanich Peninsula, Tsartlip people lost much of our land base, our traditional communities,” said Tsartlip First Nation Chief Don Tom. “This territory is Saanich, and Saanich is the emerging land and we are its emerging people. Our nation is excited to acquire this property to expand our land base for our membership. Tsartlip is one of the fastest-growing communities in southern Vancouver Island, and land is scarce so close to the city. Acquiring this property almost doubles the amount of land we currently have, so we can begin to plan for current and future generations to support our growing population. We recognize the importance of stewardship to ensure the environment of this land is sustainable.”

According to the Nation, the 78-hectare property was once used for hunting, farming and traditional practices.

The location of the former Woodwynn Farms property is immediately adjacent to Tsartlip First Nation’s only reserve.

The Tsartlip First Nation says that it now has over 1,000 members and the community has run out of space to address the housing, recreational and cultural needs of the “rapidly growing population.”

“The return of Woodwynn Farms has huge significance and opportunity for the Tsartlip community and Tsartlip people. It is a tremendous step forward to advance reconciliation between the provincial government and Tsartlip First Nation,” said Murray Rankin, Minister of Indigenous Relations and Reconciliation. “We are committed to working collaboratively, government-to-government, to find creative and flexible ways to meet the needs of individual First Nations throughout B.C. as we work together to support communities and their members to flourish and prosper.”

The government says that it issued a $7.77 million grant to the Tsartlip First Nation in order to purchase the land from BC Housing.

The Province notes that since purchasing the farm in July 2018, BC Housing has leased the property to a local farmer, who is actively farming hay, grain and vegetable/fruit products.

The Tsartlip First Nation has extended the lease of the local farmer through to Sept. 2021.

The Nation says it now owns the land as ordinary private property – part of the Agricultural Land Reserve – and members will be consulted with how to best use the property going forward.

Paul Sam (Telaxten), a Tsartlip Councillor and Elder, notes that the land acquisition is “reclaiming [the Nation’s] rightful history.”

According to Joe Seward – a Tsartlip Councillor – the property used to be used for hunting and featured a cedar tree forest, where Elders and ancestors would harvest medicines, prior to being kicked off the territory.

“Our people were kicked off that land and settlers cut down the cedar trees. Cedar is sacred to our people. We use the tree for our canoes, paddles and sacred masks. We use the branches to cleanse ourselves. It is very meaningful to our people to have this land returned to our Nation, physically and spiritually, land that was taken away. We want to reawaken the land, heal the land and bring the sacredness back,” Seward said.

The Nation said it has postponed holding a ceremony to celebrate the return of the property – known as Máwue? – to the community but will mark the occasion with the Province once it is safe to do so. 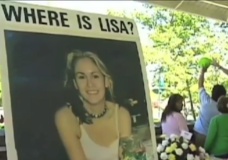 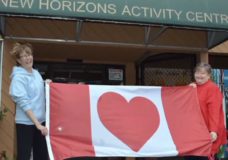