WATCH: Their message is clear: keep families together. Today, thousands of marches took place right across the continent to protest President Trump’s immigration policies. Kori Sidaway has more now on the demonstration in Victoria.

First-time protesters young and old gathered today in Victoria to protest the Trump administration’s zero-tolerance immigration policy which has separated families at the Mexico-US border.

“One day our kids are going to look at us and say what did you do to help?” asked Presley White.

Presley’s voice joined a chorus across North America. Dozens of marches were held across Canada, over 700 were held in the United States, they were even held as far as London, England.

Their message was united: keep families together.

“We owe it to the kids to get them back to their families and also to get them counselling and support and mental health care after all the atrocities they just endured,” said Presley.

President Donald Trump recently ordered that the families no longer be separated, but there’s no clear word on how or when the more than 2,000 children will reunite with their loved ones.

“There’s still kids separated and they’re going through so much trauma, and we also aren’t fully aware of the story of what’s happening in the places, I think it’s going to be a lot worse than we think it is.”

Here in Victoria and across Canada, the protests acted as a stark reminder of Canada’s own history separating indigenous families.

Both took Indigenous children away from their communities and families. 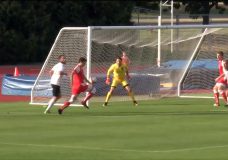 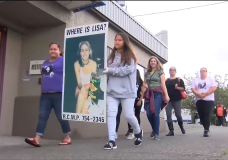