WATCH: Saturday marked a heartbreaking anniversary in Nanaimo, when a young woman disappeared without a trace 16 years ago. It was at 3 a.m. June 30th, that Lisa Marie Young stepped away from friends and opened a wound in that community that still hasn’t healed.

Sixteen years to the day that Lisa Marie Young vanished from Nanaimo her family and friends gathered to march and find justice for her Saturday.

Tara Hall was out with the vibrant brunette the night she disappeared back in 2002.

“And that was the last time I’d see her,” said Hall.

The Nanaimo woman says she’s lived with regret about it ever since.

“Yeah. I wish I’d went with her and hopefully a different outcome,” said Hall. “I just wish I was with her.”

21-year-old Young was celebrating a friend’s birthday in Nanaimo in the early morning hours of June 30th 2002, when she suddenly vanished after she left a house party to get food with a man she had just met that night.

“I remember the call when Joanne was phoning around the next morning,” said Cindy Hall. “It seems like yesterday and she was looking for Lisa.”

RCMP suspected foul play soon after, but despite identifying the car and driver she left with, intense searches and a mother on a mission to find her daughter, Lisa Marie’s body has never been found.

Adding to the tragedy, is that Lisa Marie’s mother Joann Young died in 2017 without any closure about what happened to her daughter.

“But she never gave up,” said Lisa Marie’s Grandmother Cecelia Arnet. “There was always hope she said.”

Now Nanaimo has another case that has disturbing parallels to Lisa Marie’s. 16-year-old Makayla Chang was a beautiful young woman who vanished in March of 2017. She was found murdered months later but her case also remains unsolved.

“Yeah and that’s been a year,” said Cindy Hall. “And her killer is still in our community so it’s very alarming.”

Nanaimo RCMP say both cases remain open and active but they are looking for the public to lend a critical helping hand. To bring justice and peace to a community that is badly in need of it. 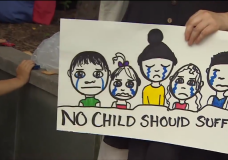 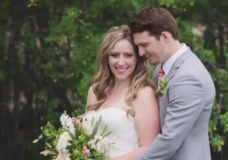