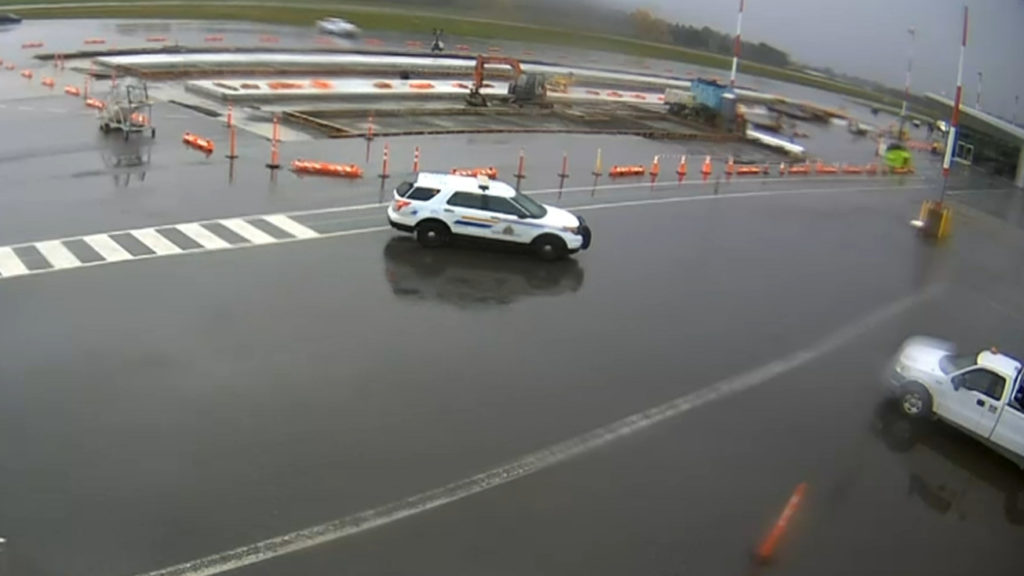 CHEK
A still from the Nanaimo Airports webcam shows an RCMP vehicle on scene after a protester jumped a fence at the facility. Oct. 25, 2021.

Mounties arrested a protester who jumped a fence at the Nanaimo airport and proceeded to spray paint a taxiway, according to police.

It happened as the activist group Extinction Rebellion held a small protest outside the facility at around 12:30 p.m. Monday.

The group, which is known for disrupting roadways to send a message about climate change, was for the most part “very respectful” to the airport and its customers, said Nanaimo Airport President and CEO Dave Devana in a statement to CHEK News.

But at one point, one of the protesters jumped the fence and was arrested on the airside of the terminal.

Devana said airport operations were not affected and that protesters left at 1 p.m., shortly after the person was arrested.

BC RCMP confirmed that one person was taken into custody after they jumped the fence and also spray painted a taxiway.

The protest was held in tandem with a protest at Vancouver International Airport Monday. In a Facebook post, Extinction Rebellion said it aimed to close down Grant McConachie Way to “make ending fossil fuel subsidies a national priority.” 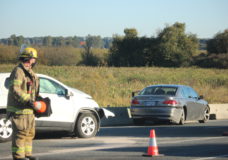 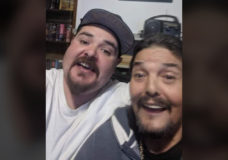