On day two of the BC General Employees Union’s (BCGEU) blockade of liquor distribution centres across the province, striking for wages to be tied to inflation, the consequences of the strike are starting to settle in.

“It could be monumental, it could affect our entire year,” said David Alvarez, general manager of Cook St. Village Liqour.

Alvarez says 60 per cent of its inventory comes from BC Liquor, and their products are the highest volume of their sales. Mixed drinks like Nudes and Whiteclaws make up the bulk of those sales, bringing them in upwards of tens of thousands of dollars weekly.

At Pagliacci’s Restaurant, they’re lucky to be well stocked but are bound to be affected long-term.

“By law, we have to buy 100 per cent of our liquor from the BC Liquor board,” said Solomon Siegel, managing partner of Pagliacci. “Hopefully it’s not like a toilet paper buying experience again.”

“I think [Smith] has got to play it a little bit carefully. It’s putting on the pressure right now on the government, but the tide could turn against her too,” said Tostenson.

For now, the only fallback restaurants and liquor stores have to fill shelves is buying directly from B.C. wineries and breweries.

But the longer this strike drags on, the bigger the concern for those who sell booze, and eventually for the people that buy it too. 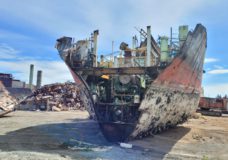 Ship that brought Tamil migrants to B.C. in 2009 being dismantled on Vancouver Island 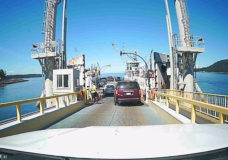