Travelling to and from Hornby Island could be harder this year than it’s ever been, according to those who sail the route on BC Ferries.

Tuesday saw long lines of vehicles filled with weary travellers trying to get to Hornby Island from Gravelly Bay on Denman Island and long lines earlier in the day as people waited to leave.

Sarah Sharratt, her friend Brittany Sanddar, each with their two children, had travelled from Nanaimo to Hornby Island for a day trip but found four sailing waits at Gravelly Bay.

“We would not have made this trip today if we knew in advance,” said Sharratt. “It’s just too much for the kids and then when you get there, for the amount of time you actually get to spend there, you’ve travelled more than you get to enjoy the beach.”

“I wanted to be back at four and now it’s not happening, it’s already 11 o’clock,” added Sanddar.

The waits were even longer Monday as a line of traffic stretched over a kilometre long.

A ferry crew member took ill, and had to be replaced which took hours.

But according to locals, the current ferry, Kahloke, isn’t big enough to handle normal day-to-day traffic let alone big backups like the one Monday even when it’s shuttling back and forth without stopping.

“Yesterday was painful because it’s a Monday and people who travel on a Monday think that they’re beating the Sunday lines,” said Karen Ross, economic enhancement officer for the Hornby Island Community Economic Enhancement Corporation.

“The concerns are really about broken supply chains, the inflationary pressures of our suppliers putting up the costs of deliveries which is all paid for by the end consumer.”

A petition demanding a new larger ferry has over 2000 signatures. They are demanding a ferry with twice the capacity of the current one that can carry roughly 21 vehicles.

“It’s been particularly frustrating for us because we now for years have had the worst overload metrics in the entire fleet and we’re seeing other islands that aren’t seeing anything as bad as ours getting ferries before us, replacement ferries ahead of us. It’s hard to explain,” said Rob McCreary, member of the Hornby Island Ferry Advisory Committee.

McCreary says Transport Canada reduced the weight capacity of the Kahloke in November 2021, due to the ferry’s age. The vessel is 49 years old.

In a statement to CHEK News, BC Ferries stated that the company has identified Denman and Hornby Islands as “hot spots” that face challenges due to high demand.

“We are also aware of the communities’ desire for additional service and understand the impact limited capacity can have on tourism, commercial traffic, and residents alike,” the statement says.

“Additional service to both routes is a topic of discussion with the Province of British Columbia as part of planning for Performance Term Six; the negotiations that establish service levels and funding for each BC Ferries route.”

They say staff on the ferry is doing the best they often running 12 hour shifts straight, but that residents and travellers need to be patient.

“And that’s as much as we’ve heard so far, what we really need is a commitment that they’re going to do something about it,” said McCreary. 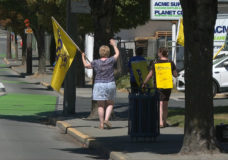 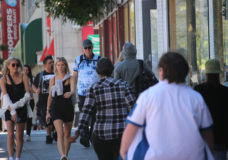 Census data shows linguistic diversity on the rise in Canada