The prime minister will be visiting areas affected by BC flooding and meeting with provincial, civic and First Nation leaders.

Justin Trudeau’s schedule says he will be in the Abbotsford area Friday and will also meet with members of the military, first responders and volunteers.

He is to be in Victoria later in the day to meet with Premier John Horgan.

The B-C government has been making headway on its recovery, with supply chains stabilizing and gas shortages slowly starting to ease.

However, the province’s public safety minister is out with a warning.

Three more rainfall events are in the forecast over the next few days following about a dozen so-called “atmospheric rivers” that have caused flooding and landslides.

A major storm is expected to hit the southern regions of the province Tuesday. 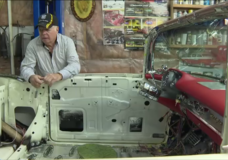