With his improvised sled and a garbage bag, seven-year-old Jett Hughes raced to the top of a Parksville hill Monday.

“We woke up this morning and my son yelled ‘snow’ and he ran outside,” said Jett’s mother Jenny Hughes.

Parksville — along with the majority of Vancouver Island — was blanketed with snow on Monday.

An estimated 15 to 25 cm of snow fell between the Cowichan Valley, Nanaimo, and the Comox Valley, bringing many residents outside to seize the first full day of winter.

For some, the Monday morning snowfall became a brief silver lining in what’s been a lonelier than usual Christmas holidays for many.

“I was happy,” said Nanaimo resident Emilia Kloppenburg, who spent the day with her grandmother.

With physical distancing in effect and no family gatherings or playgroups due to the pandemic, Hughes was grateful to give her son an unexpected, and carefree winter day during COVID-19.

“Even just sliding down on your bum is fun,” Hughes said, pointing towards a hill covered in snow.

Environment Canada has said the snow isn’t expected to last and that Vancouver Islanders should not expect a white Christmas this year. 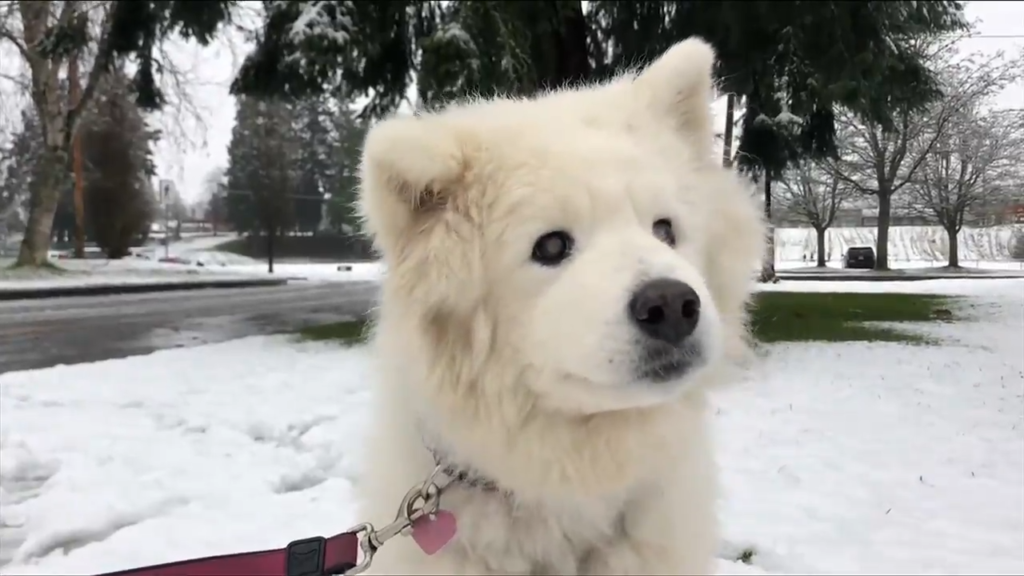 People weren’t the only ones who got out and made the most of the snowy weather on Monday, dogs did too! (Skye Ryan/CHEK News) 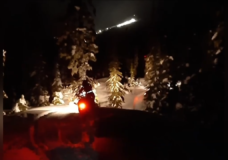 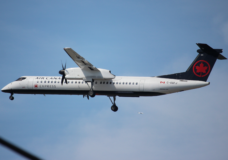