On Wednesday, Premier John Horgan announced the government will introduce measures next week to restart the economy.

“Across government, we have a bigger responsibility to provide confidence to British Columbians that the economy will be coming back to something resembling normal in the very near term,” Horgan said.

READ MORE: 34 new COVID-19 cases in B.C., including one in Island Health

Since the beginning of March, thousands of B.C. businesses closed their doors. And they may never recover. A survey by the Canadian Federation of Independent Business (CFIB) indicates that a recovery plan from the province is key.

“We estimate that one in four businesses say that they are concerned they may have to close down because of the pandemic indefinitely,” Plotzer said.

South of the border, the GDP fell by 4.8 per cent in the first quarter this year in the U.S., ending the longest economic expansion on record. And the picture’s sure to be much worse in the second quarter, with lockdowns in full effect.

“Will there be a need to do more though? I think the answer to that will be yes,” Powell said.

Dr. Saul Klein, the dean of the University of Victoria’s Gustavson School of Business, said B.C. is looking at a sharp retraction of its economy and, potentially, longer recovery.

“In order for us to fully recover, we have to get consumers spending again. And I think that’s going to be a long time coming,” Klein said.

In March, the Business Council of BC predicted a recession for the province. While the numbers are not out, every day is a challenge for businesses.  Because the provincial economy relies heavily on tourism and natural resources, Klein said those sectors may take more time to recover, well into 2021.

“I think the B.C. economy is going to take a lot of strain. Certainly over the next year,” Klein said.

In the meantime, little victories, such as the reopening of the Pure Vanilla Bakery in Oak Bay are slowly happening.

Customer Monica Lopez is also a local small business owner of Heart and Sole Shoes. She said it’s important to keep supporting each other during this pandemic.

“If we think positive, and we keep supporting each other, I think that we are going to make from this experience, something positive,” Lopez said. 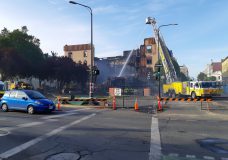 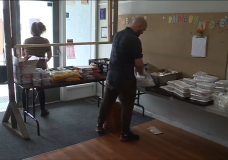