British Columbia’s premier says calls for defunding police are a simplistic approach to a complex problem.

John Horgan says police are increasingly burdened with a range of challenges in areas including homelessness, mental health and addiction _ which need more funding.

He says it’s inappropriate to expect law enforcement to take on those issues as they deal with public safety concerns.

Horgan says he envisions expanding the capacity for communities to ensure they’re not asking police for more than they’re capable of delivering.

He says defunding issues arising from George Floyd’s police-involved death in the United States mean the time is right for B.C. to review its Police Act, which is 45 years old.

“It’s 45 years old, what we expect law enforcement to do today is quite different than what they were doing 45 years ago,” he said.

“[The Premier] asked me to strike an all-party committee to engage with communities and experts on how the 45-year-old act can be modernized to reflect today’s challenges and opportunities for delivering police services with a specific focus on systemic racism,” said Minister of Public Safety and Solicitor General Mike Farnworth.

“We also recognize that police officers require a modern policing structure that provides greater clarity for their roles. Expectations on front-line police responders have grown and our policing and public safety model needs to reflect communities’ current and future needs.

Victoria’s mayor says she welcomes a review of the Police Act and a chance to look at better models for mental health calls.

“This isn’t police work, it’s become police work because at four o’clock in the morning if someone is having a mental health episode, there’s no one else who will come, and I think that can change,” Helps said.

As for scrapping VicPD altogether, a scenario raised by Councillor Ben Isitt on Thursday, Helps isn’t on board.

“The notion of abolishing the Victoria Police Department doesn’t make any sense to me,” she said.

Farnworth says he will table a motion when the legislature resumes later this month to strike an all-party committee to review the Police Act.

READ MORE: ‘Defund the Police:’ What does it mean? 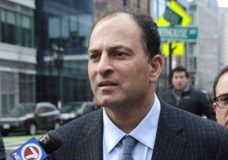 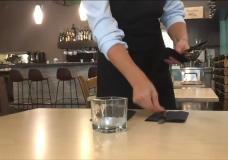 Nanaimo restaurants struggle to find workers to reopen due to CERB