Nanaimo restaurants struggle to find workers to reopen due to CERB

Posted: Jun. 12, 2020 5:59PM
CHEK
WatchAs BC reopens for business since flattening the curve of COVID-19 cases, hiring staff is proving a challenge. Many restaurants report difficulties bringing workers who are collecting CERB back.

Dan Caron’s emotions have run the gamut after reopening his Nanaimo restaurant Modern Cafe, which was closed and boarded up for three months due to COVID-19.

“Because you don’t know. There’s so many unknowns like after 35 years of cooking. This is all new,” he said.

On Thursday, the province gave restaurants the OK to expand seating beyond 50 seats if they can manage social distancing, but Caron said staffing has been a nightmare.

“The ones that used to work, they’re liking the CERB,” said Caron.

“Even though this may be the last month on it. A lot of them said no I’m not coming back until the end of July.”

But 20-year old May Agar said she jumped at the chance to get back to her serving job at Melange Restaurant.

“So nice to feel like you have a purpose again. I was just so happy to be back. As soon as I got the call I was just waiting,” said the Nanaimo resident.

Melange’s owner Gaetan Brouseau was glad to hear an employee was coming back since business has been booming since reopening a week ago.

“People are super happy to come back,” said Brouseau.

“It looks like there was a pent up of people saying let’s go out have a drink, have some food. So surprisingly great. And that’s what matters. It’s like you want them to be excited to come in,” said Caron.

“And reservations for tomorrow for breakfast at 9 am.”

But Nanaimo Chamber of Commerce’s Kim Smythe said CERB could limit restaurant capacity even more than physical distancing is in the month going forward.

“There is challenges with trying to get staff because people have to make the commitment to get off CERB or other benefit programs so that they can become employed and earn money from employment as opposed to taking money from government handouts,” Smythe said. 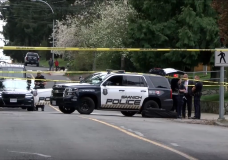 Premier John Horgan says it's time to review B.C.'s Police Act, but not 'defund' the police 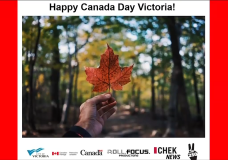