December 3, 2019 updated
CHEK
WatchMany businesses are seeing an 80% drop in business due to the strike while people are seeing their vehicles repossessed and marriages fail.

Port McNeill, near the north tip of the island, is home to about 2,400 people and almost all of them are in some way touched by forestry.

“You don’t have to be milling lumber or anything like that,” said Port McNeill Mayor Gaby Wickstrom. “Everybody is touched by this because we are a resource-based community.”

Business at the local furniture store is down 80 per cent. The Rona and Shoprite outdoor store are also owned by the same family and the latter has seen a 40 per cent drop in business.

“Here [at ShopRite], it would be bigger items. They’re going to buy a hoodie or something small but they’re not going to buy, you know the $300 rod or boat motor,” said owner Pita Rosback.

And even more businesses not directly related to foresty are feeling the pinch.

Port McNeill’s only tow company could have as many as 13 calls on a busy summer day servicing forestry vehicles amoung other business but those numbers have dropped off drastically.

“Last week we did nothing for three days. The bills keep coming in but if you’re not working,” said Island Thunder Towing owner Yves Desbiens.

The irony is that Desbiens could be making money doing repossessions but he wants no part of that when people are hurting.

“One repossession guy we talked to said he was doing 120 pieces on the north end of the island or on the island so that’s a lot of pieces of equipment. That’s quads, furniture, vehicles, travel trailers,” added Desbiens.

James Furney’s family has been delivering fuel to forestry companies north of Campbell River since 1961. This is the longest strike they’ve been through and they’re hurting, also with an 80 per cent loss in business.

“We’ll be ok just because we’ve kept up some diversity but there’s a lot of businesses in town without that option and they are laying off,” he said.

On the WFP picket line just south of town, confirmation that after five months you can’t spend what you don’t have.

“Well, sadly there are many people who if not exactly on the point of losing homes and vehicles and other possessions are very close to it,” said striking worker Art Hamilton.

And then there is the unseen. CHEK News has been told that family breakups, separations, and divorces are on the rise. 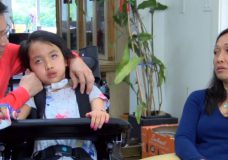 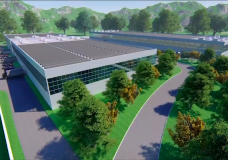