Gleeful hugs and high fives were shared among Sproat Lake neighbours Monday after learning their five-month-long fight to stop a massive cannabis campus from moving in has led the company to step away and look for a new location.

“This has brought us all together in a common cause,” said Sproat Lake resident Sherry Lyons.

“So this is really great news.”

The planned development by Wild Coast Canna, was for a sprawling 40-acre cannabis farm outside on a rugged plot near Sproat Lake with a more than 200,000 square foot indoor facility as well.

It was a facility that the company said would have employed between 300 and 400 people once built.

But it met community opposition over fears of its odour and environmental impact.

On Monday the company announced it is actively looking for new sites, due to the fight to stop it and the Alberni-Clayoquot Regional District’s planned bylaw amendments that would have further restricted their development.

“That particular area that we had earmarked and we thought was perfect,” said President of Wild Coast Canna Brian Harris.

“We’re not NIMBY’s and didn’t want this just not in my backyard,” said Littlewood.

“I don’t want this in anybody’s backyard and I want to keep protecting ALR [Agricultural Land Commission] land for food sources.”

“And we’re gonna put it into marijuana? Like people don’t need marijuana to live.”

Alex Dyer is a planner with the Alberni-Clayoquot Regional District, and said while no other cannabis proposals are before the board, they are open to considering them on a site-by-site basis.

“And have the opportunity to have a neighbourhood conversation relating to that,” said Dyer.

As for Wild Coast Canna, they are holding onto the Sproat Lake property but are now looking for more receptive locations.

“And there are a lot of communities that really, communities in B.C. that are very, very positive towards what we’re trying to do,” said Harris. 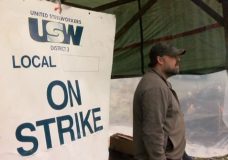 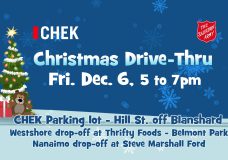