An early morning fire at a four-storey apartment building has displaced dozens of people in Port Hardy.

The fire broke out Wednesday around 3:45 a.m. at the Creekside Apartments on Granville Street at Highland Drive.

According to Port Hardy Fire Rescue Chief Brent Borg, the fire started in a fourth-floor apartment. When crews arrived, a top corner unit was fully engulfed and mutual aid was called.

“Nothing but flames coming out of the fourth-floor apartment on the corner. It was a very large fully involved apartment fire,” said Borg.

No one was injured in the fire but the building is uninhabitable.

“It was glowing and I could hear sparks. It was terrifying.” said tenant Teresa Horbach.

“Thing is that fire alarm, there’s a lot of pranks so I didn’t believe it at first, and this time it was real.” said Vic Jones who also lives in the building.

“Well at first no one really wanted to believe it and then there were a few people going up and down the halls banging on the doors saying it’s a real fire get out.” said tenant Robert Broadfoot.

Borg said the entire building could have been damaged if it wasn’t for the town’s only ladder truck, which was put into service last week.

The cause of the fire has not been determined and as of late Wednesday, RCMP tape surrounded the building. 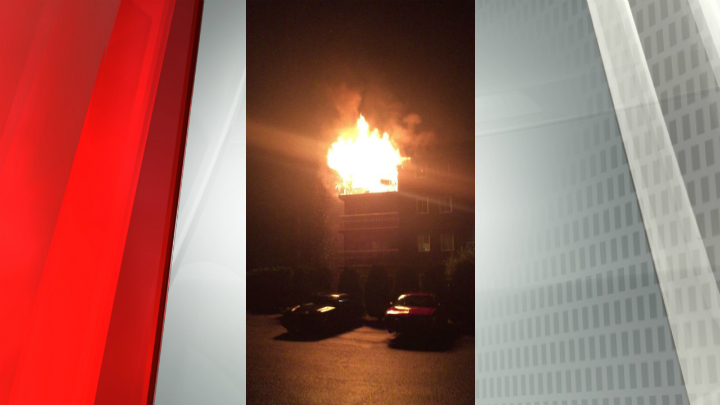 A fire at the Creekside Apartments in Port Hardy has displaced dozens of people. Courtesy: Rick Jones 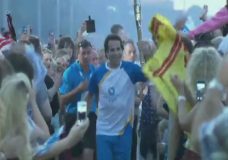 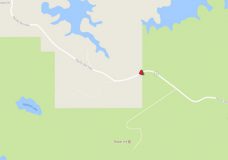 UPDATE: One lane reopened on Highway 4 near Tofino after collapse during culvert replacement