June 3, 2020 updated
File photo
A woman was assaulted as she was jogging along a pathway between Canadian Tire and the Port Alberni SPCA at around 12:40 p.m. on May 29, according to Port Alberni RCMP.

Police in Port Alberni are asking witnesses to an assault that happened late last month to come forward.

A woman was assaulted as she was jogging along a pathway between Canadian Tire and the Port Alberni SPCA at around 12:4o p.m. on May 29, according to Port Alberni RCMP.

The woman was able to fight off her attacker, who was not known to her, and was not seriously injured according to police. Police say she was also able to film the suspect as he walked away.

Police were able to arrest the suspect after the individual was identified in the video recorded by the woman. The suspect was arrested a short time later and is scheduled to appear in court at a later date, according to Port Alberni RCMP.

However, police believe there may have been one or more people out there who witnessed the attack and are asking them to come forward and help with the investigation.

The woman stood up to her attacker and defended herself but also had the presence of mind to record his image to aid the investigation, said Sgt. Peter Dionne of the Port Alberni RCMP. Her actions may prevent additional incidents of this nature and we are requesting any witnesses to come forward to support her and the police to investigate this incident fully. 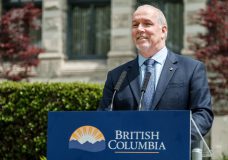 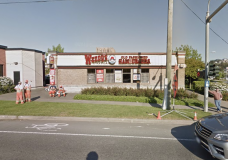 Man smashes window, rips it off wall after discovering burger he ordered didn't come with mustard