Port Alberni man missing for 5 years has been found alive, but he says it’s not him

A Port Alberni missing persons case that went nowhere for five years appears to have been solved by Burnaby RCMP. Or has it?

Brandon Cairney was 31 years old when he vanished from Port Alberni in October 2017. But on Friday the host of a Port Alberni-based podcast called Island Crime received a tip saying a missing person had been found in Burnaby the day before.

Laura Palmer spoke to numerous families and narrowed it down to Cairney, which has since been confirmed by police.

Cairney was questioned by police after being found sleeping on a park bench in Burnaby but this is where what should be a happy ending, takes an unfortunate turn.

“So he is identified by his fingerprints after he is picked up and then, unfortunately, Brandon tells police and Border Services that he is an American citizen, he goes by a different name and says he’s not Brandon Cairney,” Palmer told CHEK News on Sunday.

In a surprising twist, the man whose fingerprints identify him as the same missing Brandon Cairney from Port Alberni, tells police that it’s not him.

Cairney had minor brushes with the law before he went missing which is why police have his fingerprints.

He had also suffered a major brain injury in a car accident that nearly killed him when he was 19 years old and it affected his day-to-day life ever since.

Prior to that he had graduated high school and was a star athlete. He loved basketball, played high-level soccer and racked up track and field trophies according to Palmer. He also loved music and art.

In the years that followed he was often seen walking all over Port Alberni.

CHEK News was unable to reach the RCMP Sunday however Palmer has spoken with the Burnaby detachment.

“As far they could tell he was in good health and clear-minded enough to say he didn’t want anything to do with Brandon Cairney’s life and insistent on that is not who he is,” Palmer said.

Cairney’s uncle Mark spoke with Laura Palmer Saturday and says the family is reeling from the news and that it appears Brandon had spent much of the last five years in the U.S. based on run-ins with the law, most likely due to vagrancy.

“Has he had another injury possibly that has caused more changes? You know we’re grateful and thank God he’s alive but it definitely doesn’t end the questions,” Mark Cairney said to Palmer.

They do not know where Brandon Cairney is now but his family says they would desperately like to talk to him and that the relief of him being found is just being replaced by even more urgent questions. 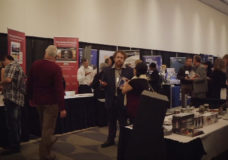 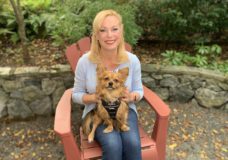