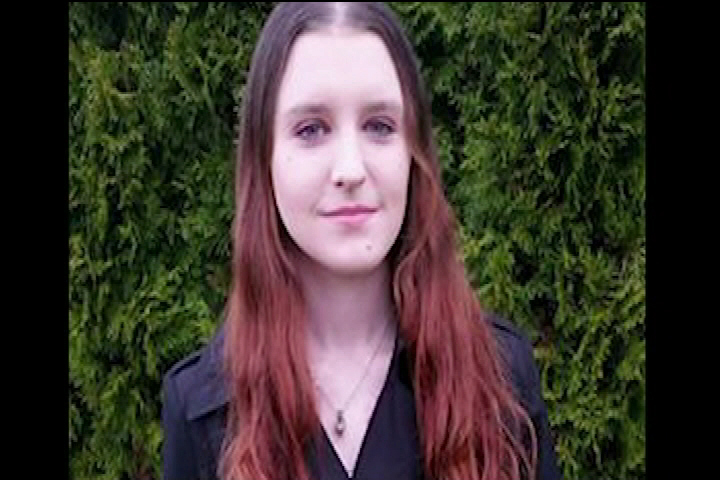 found here.WATCH: The father of a teen girl killed Wednesday in Port Alberni says his daughter excelled at everything she wanted to do.

The 17-year-old was heading home when she was involved in the horrible accident at a busy intersection.

Tonight her father since she was four years old remembers her daughter as smart, a hard worker and a beautiful young lady.

A growing memorial to a 17-year old, who lost her life here on Wednesday, had a special visitor today.

Jamie Laporte is her father.

He came to see the outpouring of sympathy for daughter Nikita Hedingham.

The grade 12 student excelled in school, worked at the Alberni Aquarium and played trumpet with her high school band.

When she played at a Christmas concert last week no one could have imagined would be her last.

“She had a knack for just about anything she tried,” reflected La Porte. “She ordered a flute and started playing that at home. She’s just an amazing talent and an amazing young lady.”

On Wednesday, Hedingham was heading home and stopped at a corner with her bike when she somehow fell and wound up under a tractor-trailer.

Moments later, the vehicle started to move and she was trapped under the wheels.

“It was nobody’s fault,” said La Porte. “It was simply a tragedy.”

She planned to go to North Island College next year and dreamed of becoming a marine biologist.

“We keep hoping it’s a bad dream and she’ll walk back in the door with a smile on her face telling us how wonderful it was. I know it’s not true,” said La Porte.

Her family wants to thank the community for the outpouring of condolences and support since the tragedy. A gofundme page has been set up to help the family through this time. The link can be found here.

As they mourn a remarkable young woman, there is comfort in knowing they aren’t alone. 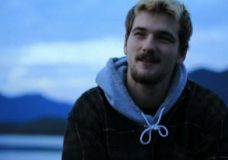 Family of man stabbed to death in Victoria upset with sentencing 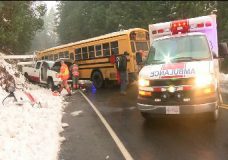