A Vancouver Island company has received some big-time exposure in the United States.

On Sunday’s show, the program featured Coulson’s helicopters, which will be fighting wildfires in three California counties during the two-year pilot project.

During the segment, Coulson says fires are at their weakest during the night and “that’s the time to attack an enemy at its weakest point in time.”

On Monday in the Alberni Valley, Wayne Coulson said the 60 Minutes piece turned out well.

“I mean it’s one of the top news magazines in North America, so it was really an honour to be a part of that program and process with the chiefs out of L.A. It was a lot of fun to be a part of.”

He also says the exposure is welcome as the company looks to secure other firefighting contracts.

“Yeah, we didn’t utilize any night-vision that we previously trialed in 2020 basically because the opportunity didn’t arise,” said Taylor Colman, an Information Officer with the BC Wildfire Service. “We did utilize the armed forces night vision, mostly for transporting people and equipment around the province and for getting people out of emergency situations on short notice.”

Coulson says he’s excited about the 60 Minutes exposure that highlights the company’s cutting-edge abilities to fight fires around the clock.

“We’re very precise in what we’re able to do at night and it’s very strategic and it’s more like a war game, but of course we’d like to come back to B.C. [to fight fires] and hopefully, they were watching 60 Minutes last night,” said Coulson. 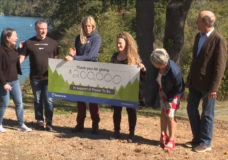 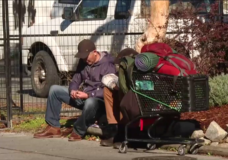 Victoria mayor says housing, not 24/7 camping should be available to homeless COVID-19 patients