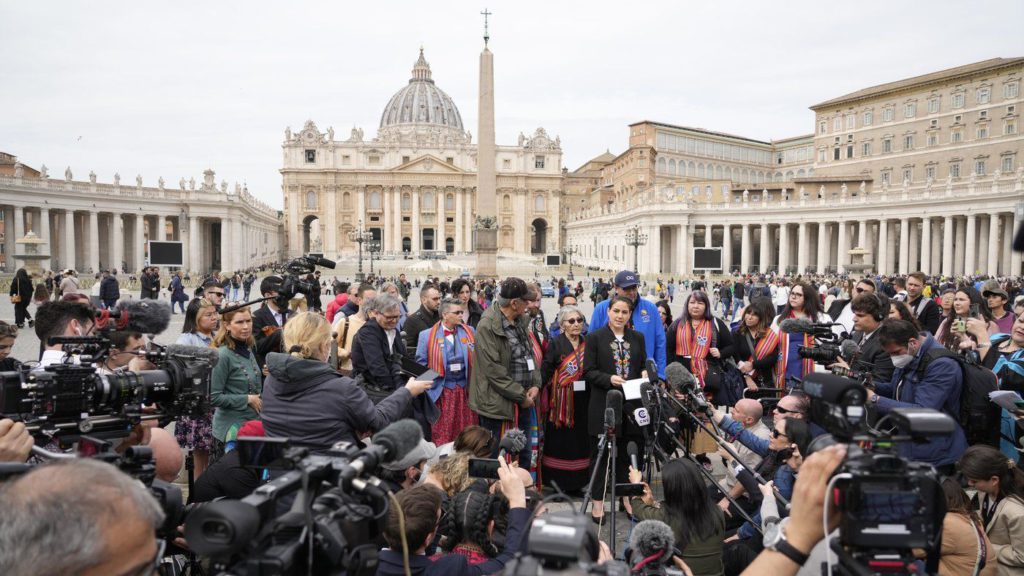 CHEK
Cassidy Caron, president of the Metis National Council, speaks to the media in St. Peter's Square after a meeting with Pope Francis at the Vatican, Monday, March 28, 2022. THE CANADIAN PRESS/AP-Gregorio Borgia

The Vatican says Pope Francis will stop in Alberta, Quebec and Nunavut during his visit to Canada this summer.

It says the capital cities of Edmonton, Quebec City and Iqaluit will act as bases for the trip from July 24 to 29.

The visit comes after the Pope’s historic apology last month for the Roman Catholic Church’s role in residential schools in Canada.

Archbishop Richard Smith of Edmonton, general coordinator of the trip for the Canadian Conference of Catholic Bishops, says it will be another important step for healing and reconciliation.

Smith says the locations were chosen by the Vatican and the Pope’s mobility and health issues had to be considered.

He says specific sites and a formal program are to be developed with Indigenous partners.

An estimated 150,000 Indigenous children were forced to attend residential schools and more than 60 per cent of the schools were run by the Catholic Church.

On April 1, after meetings over several days with First Nations, Inuit and Métis groups at the Vatican, Pope Francis apologized for the deplorable conduct of church members involved in residential schools.

“I want to say to you with all my heart: I am very sorry,” Francis said in Italian before a room of nearly 200 Indigenous delegates. “And I join my brothers, the Canadian bishops, in asking your pardon.”

Indigenous delegates had told the Pope that they expected an apology to be delivered on Canadian soil. They later said that they believe a more fulsome apology will come during his visit to Canada.

Smith said the encounter at the Vatican was very powerful and Francis understood how important it is to bring the apology to Indigenous land and territories.

The Canadian Conference of Catholic Bishops said the three cities were selected based on the length of the trip, the vast size of Canada and the health of the 85-year-old pontiff.

Francis has begun using a wheelchair and has a pronounced limp. He cancelled some recent events due to pain.

Smith said there are limitations on how the Pope can travel. He can no longer ride in helicopters and he can’t be in a vehicle for more than an hour. He must also rest in between events.

The three selected cities are spread out and give Indigenous people across the country more opportunities to see the Pope, Smith added.

Edmonton is home to the second-largest number of Indigenous people living in urban centres and there were 25 residential schools in Alberta. Lac Ste. Anne, an important site for Indigenous people and the location of a large religious pilgrimage each July, is also nearby.

Iqaluit, located on Nunavut’s Baffin Island, is home to the highest population of Inuit.

The Canadian bishops said Quebec City will be a hub for Indigenous people, not only in Quebec, but in the country’s east to see the Pope. The city is also near Sainte-Anne-de-Beaupré, another important pilgrimage site.

Many Indigenous leaders had called for Pope Francis to visit Kamloops, B.C., where the discovery of unmarked graves at a former residential school spurred initial calls around the world for justice and transparency.

Smith said the Pope’s mobility limits where he can go, but it’s expected Francis will travel to a former residential school site on the trip.

The visit would make Francis the second pope to come to Canada.

In 1984, Pope John Paul II spent 12 days touring the country, touching down in Quebec City and travelling through most of the provinces before heading to Yellowknife. Three years later, he stopped for one day in Fort Simpson, N.W.T. He returned in 2002 for World Youth Day in Toronto. 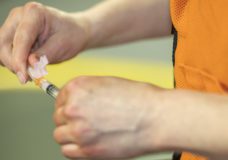 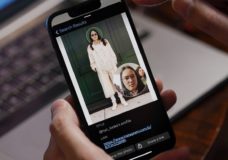