Posted: Dec. 30, 2019 6:31PM
CHEK
WatchThe RCMP and local police agencies on Vancouver Island will be on the lookout for drivers impaired by alcohol and drugs.

If you’ve had too much to drink and hit a CounterAttack roadblock New Year’s Eve, you could face stiff fines and lose your licence.

But even worse, if you drink and drive, you could kill yourself or someone else.

That’s the message from the RCMP. Const. Maury Tyre of the Campbell River RCMP has responded to several fatal impaired driving crashes.

“To watch so many people’s lives get destroyed for something that really doesn’t have to occur at all, it’s really disheartening,” he said.

Jodi Holden was once hit by a drunk driver and has had two friends killed by drunk drivers. She says she’s offering to pick anyone up who needs a ride in the Comox Valley on New Year’s Eve to get them home safely.

“There’s no need, there’s really no need. If you can be out there partying, you can afford $10 or $20 for a cab or a ride home. They think they’re fine after two or three drinks and they’re not. The impaired driver that hit me, he only had two glasses of wine but was impaired.”

There are rules around insurance and licenses required to offer such a service so be sure to call ICBC if you plan on offering rides.

Comox Valley Designated Drivers has been offering a different kind of ride home for 30 years.

“Yeah, we get the people home and we get the vehicle home,” said Brian Marleau who is a driver for Comox Valley DD. “It’s a little bit more than a cab but it’s pretty close but you don’t have to take a cab the next day to pick up your vehicle and it’s a lot cheaper than a DUI.”

“We’d like everyone to have a safe and happy New Year’s and definitely if you’re going to be out there drinking or enjoying marijuana this New Year’s, we don’t want you behind a wheel. We’d like to see you get home safe,” added Tyre. 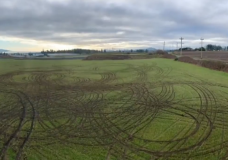 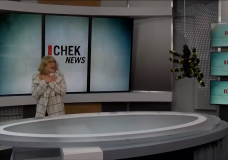 CHEK Sports breaks down the top funny sports moments of 2019