Police are searching for a man who allegedly exposed himself on a BC Transit bus in Campbell River on May 10.

Police said they were contacted at 12:43 p.m. and were told a man exposed himself on the bus earlier that morning. According to police, the man had boarded the bus near Mariner Square. The bus was travelling south on Dogwood Street when the alleged indecent act occurred.

The suspect is described by police as a thin Caucasian man, in his late 20s and approximately 5’10” (178 centimetres). He has short brown hair and stubble on his face. Police said he was wearing a baseball cap, a brown sweater and dark jeans. 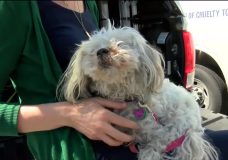 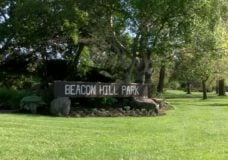