Victoria police are urging parents and caregivers to speak to their children after they received a series of reports of a man exposing himself to kids near Macaulay Elementary School.

On May 26, police were contacted after the man allegedly exposed himself to children twice in the area. The first incident happened around 3 p.m. in the 900 block of Wollaston Street.

A few moments later, police said the man exposed himself to a child who was walking to the bus stop at the corner of Wollaston and Macaulay streets.

According to police, on both occasions, the suspect approached the children with a shirt or sweatshirt over his pants. He then lifted the shirt, “showing that his pants were open and his genitals were exposed.”

While speaking to the officers, the second child said the same man had exposed himself to them earlier in the year when she walked past him sitting on a bench on Lyall Street across from the Archie Browning Centre. The child did not report the incident at the time, police said.

The man is described as Caucasian, between 25 and 30 years old, 5’7″ to 5’9,” with a medium build and short dirty blond or brown hair. He was a black T-shirt, black pants and sunglasses.

Police said the man’s description is similar to an incident that happened in the same area on April 28. During that incident, a man allegedly exposed himself to a child near the school just after the end of the school day.

Victoria police said it is important to speak to children to help keep them safe.

“There was no physical contact with the children in these incidents, but we are treating them as a high priority,”  Acting Esquimalt Division Inspector Jason Laidman said.

The police have passed on the following tips for parents when speaking to their kids. 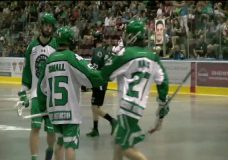 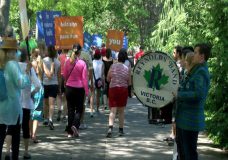