A police officer is in hospital after being struck by a vehicle.

The incident happened at around 8:30 a.m. Monday in the 900-block of Pandora Avenue, out front of Our Place Society.

The officer involved was on a “special duty assignment” at the time and was standing next to a police vehicle when he was struck by a stolen vehicle that had approached from behind, according to a press release from the Victoria Police Department.

Paramedics attended and the injured officer was taken to hospital, where he is currently receiving treatment for serious but non-life-threatening injuries. There were no additional officers injured in the incident, police say.

The driver of the vehicle was arrested at the scene and was transported to holding cells.

“When we hear of officers being attacked, being assaulted, experience other levels of violence in our community, it absolutely carries a weight that impacts every person in this building. To say otherwise would be disingenuous,” said police spokesman Const. Cam MacIntyre.

He said while part of their job is to deal with violent people, police officers in the city are stretched thin, especially with Victoria having the highest crime severity index out of all municipalities in the region, according to Statistics Canada.

“It is of grave concern to us the recent events where many officers have been assaulted. We look at that in an operational level, see how we can support our people with the numbers that we have, but unfortunately we only have so many officers to go around,” said MacIntyre.

Police say traffic in the 900-block of Pandora Avenue remains closed and an investigation is underway.

“I’m deeply shocked as are all my colleagues here at Our Place that this would happen to a police officer in front of our building,” said Julian Daly, CEO of Our Place Society.

“I think it shows just how clearly the risks police officers take every day to keep us safe. I’m just thankful the police officer is in hospital and being well looked after. And he wasn’t fatally injured which could have happened.”

A witness at the scene who declined to give their name told CHEK News a police officer was struck while attempting to get a driver to exit a vehicle.

The witness said the vehicle crashed into a large garbage bin, pinning the officer under the vehicle.

It’s believed the suspect attacked the officer intentionally. His motive is still unknown.

The officer harmed was well-known in the local community and many people came to help him immediately after, according to Daly.

“This particular officer was one that was well known to us and has served this community for many years. So, people were particularly upset and affected that it would happen to him,” he said.

“I think it’s a sorry day when police officers have that kind of thing happen to them in the course of their duty.”

A picture from the scene showed a black car with a damaged front end up against a dumpster in front of Our Place Society. Police tape cordoned off the area.

The Victoria Police Department has not confirmed any additional details other than that one of their officers was struck by a vehicle and is in hospital with injuries. 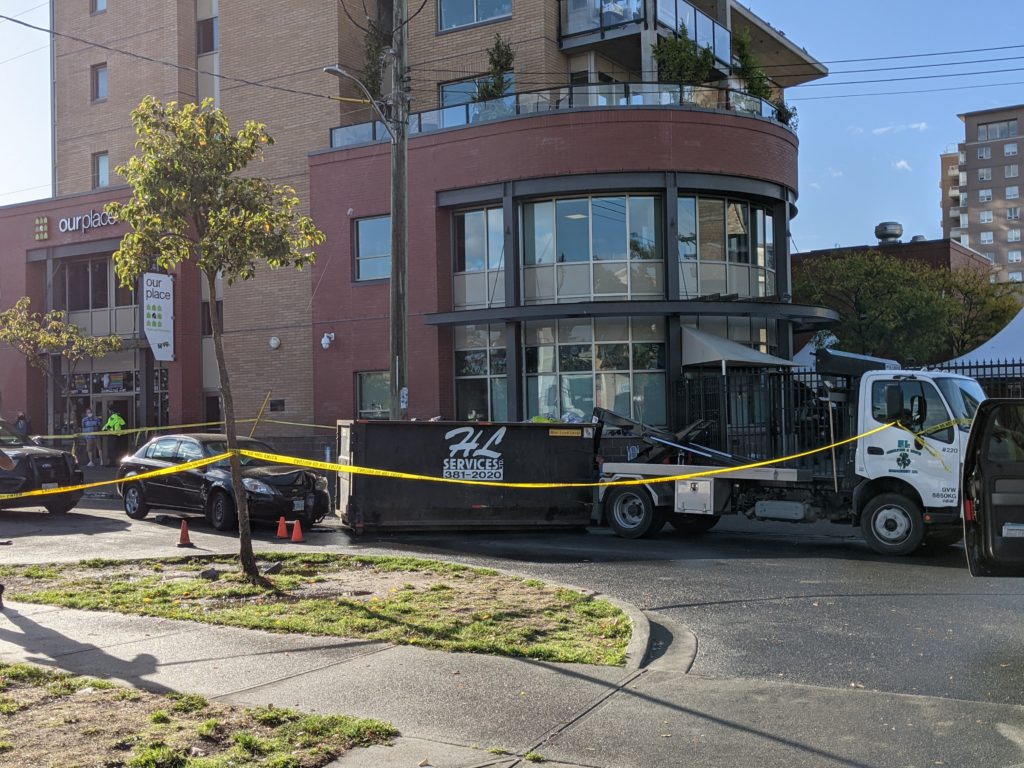 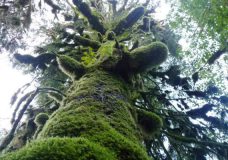 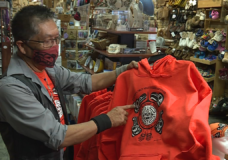