First Nations carver Art Charlie has been creating unique works of art for more than 50 years.

But the design he came up with for an orange shirt — in honour of the children who never made it home from residential schools — is especially meaningful.

“It started off as a teardrop and I started adding the different animals,” Charlie says.

Charlie, who’s Nuu-Chah-Nulth from Ahousaht, ran away when he was just 12-years-old to avoid being sent to a residential school, where so many children suffered.

“I’ve known a lot of people who have gone through it and the ones that I’ve known that didn’t come back,” he says.

When the remains of 215 children were found earlier this year at the former Kamloops Indian Residential School, it hit Charlie hard.

“The hands at the bottom are to thank you for finding them — the bodies,” Charlie explains.

Charlie asked the owners of Northwest Origins on Government, where he works, if he could design a shirt to raise money for survivors.

“We just felt it was important to support what he wanted to do,” says David Glowicki of Northwest Origins. “I think it’s extremely important that everybody recognizes what’s happened in the past and work together.”

Northwest Origins is donating the profits from the shirts, hoodies and bandanas Charlie designed to The Orange Shirt Society and The Indian Residential School Survivor Society.

Unfortunately, due to the high demand for shirts this year, the market has been flooded with copycats and unscrupulous online sellers only looking to make a profit.

Artists and advocates are urging people to ask where the money is going before they buy orange shirt merchandise, to ensure it’s going to help survivors and not someone trying to profit off this dark chapter in Canadian history.

Charlie is hopeful his shirts, and others, will make a difference as they try to raise awareness.

“There’s more and more people around the world that are starting to recognize it,” Charlie says. “It’s happening everywhere.” 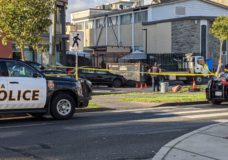 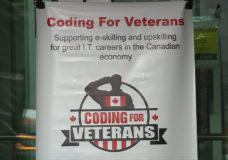