‘Please get rid of it:’ Island residents forced to stay patient with seasonal time change

It’s a tale as old as time — whether the clocks ‘fall’ back an hour or ‘spring’ forward, seasonal time changes remain a hot button issue.

Back in 2019, Premier John Horgan announced his intention to scrap time change altogether.

“Most people believe that daylight savings [sic] time will give them more light during their working day and that’s the direction we’re going to go in,” said Horgan back in October 2019.

In the past, BC residents expressed overwhelming support for the province to remove time changes and keep the daylight saving time permanently.

Washington and Oregon have passed legislation to stick with permanent daylight saving time, while California lawmakers have gone back and forth on the details.

All states, however, still need to await U.S. congressional approval which has been delayed due to COVID-19, meaning it’s unclear exactly when changes to BC’s seasonal time change program will occur.

CHEK News took to the streets of downtown Victoria to gather opinions from the public.

“Please, please get rid of it, please,” said one Victoria man who told CHEK News he’s written to his local MLA about the issue.

Others expressed how the time changes impact their health.

“I’m always tired for like a week after until my body adjusts,” said a Victoria woman.

“It kind of throws me out of the loop, I get a little confused,” said another.

An expert on the subject told CHEK News those symptoms are fairly common with the seasonal time change.

Juda says she’d rather support a permanent move to standard time rather than daylight saving time.

Neither option will be set in place for the foreseeable future, it seems, so for now, remember to set your clocks back one hour Sunday morning. 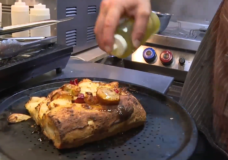 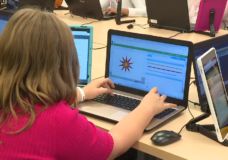