Inside of Code Ninjas Westshore, another group of kids is ready to learn.

“Kids come here, we teach them from zero knowledge all the way up to coding their own app and publishing it out to the app stores,” says the centres’ owner Jesse Bowness.

The Langford location has been open for just over four months and already the first set of kids are well on their way.

“It’s been exhilarating to see the first group of kids come through because they’re levelling up and getting to celebrate that knowledge journey,” says Bowness.

“I love seeing the joy in their faces when they first write their program because I know there’s a lot of complicated things,” says instructor Maria Shevchuk.

“It’s English but there’s also a bunch of different symbols from math and it’s so interesting to kind of see them get the grasp of everything.”

With Monday, Nov. 8th marking National STEM Day, Code Ninjas will be inviting new members to give their programs a try.

“We have an activity, a raffle, coming up for parents and kids out there that are not Code Ninjas yet but would like to participate and celebrate STEM day,” says Bowness.

It’s a unique way to set children up for a future in an ever-changing world.

“You’re making a huge investment in their future and it can only get better from here,” says Bowness.

To learn more about Code Ninjas and National STEM Day, visit their website. 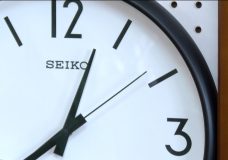 'Please get rid of it:' Island residents forced to stay patient with seasonal time change 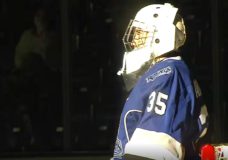 Royals shut out 6-0 by Kamloops