Behind the keys of the century old pipe organ at Saint Andrew’s Presbyterian Church tonight will be a duo of award-winning Canadian organists.

It was their shared interest in the instrument and love of heels that brought Svendsen and her colleague Rachel Mahon together.

“We were shopping one day and got matching shoes,” explained Mahon. “We thought we’d try playing an organ duet in big spiky heels.”

“We play Toccata and Fugue in D Minor by Bach which is probably one of the most recognizable organ pieces” said Mahon.

“We also have some surprise pop music” added Svendsen.

The fun antics only add to the performance of these accomplished musicians.

Mahon was the first woman to hold an organ scholar’s position at Saint Paul’s Cathedral in London, England in its 400 year history.

Svendsen honed her craft on Canada’s largest pipe organ at Toronto’s Metropolitan United Church and is currently the music director at the Collier Street United Church in Barrie, Ontario.

“I didn’t actually realize you could be a concert organist as a career,” Svendsen replied when asked about her career path.

Their work is bringing the pipe organ into a new era.

“Our performance is meant to feel like an all ages variety show” explained Svendsen.

“Come with a sense of humour” said Mahon with a laugh. 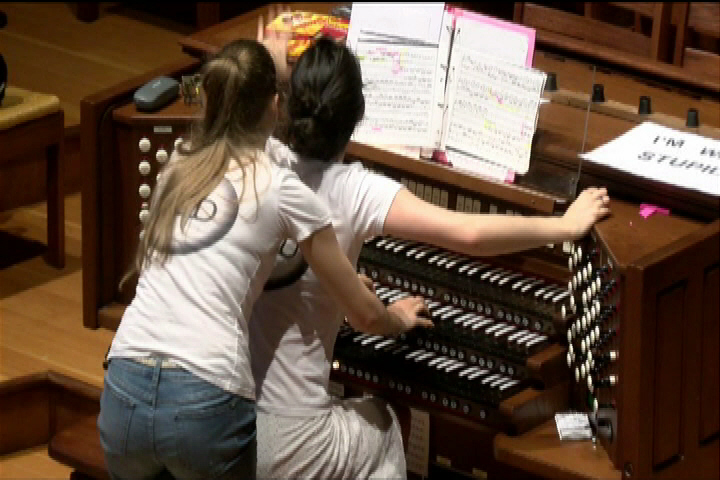 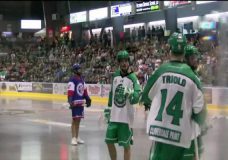 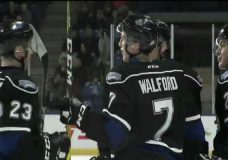