Correne Antrobus’s 31-year-old daughter has been struggling with a fentanyl addiction for more than a decade. The Saanich mother says her daughter Sarah has overdosed a few times but has survived each one so far.

“With the poison supply that’s out there right now I await the call at any time,” Antrobus said.

It’s the kind of heartbreaking story that has two Saanich councillors eager to provide more help to those with substance use issues.

“People are dying every single day from the overdose crisis, it’s worse than we’ve ever seen before,” said Councillor Ned Taylor.

Taylor and Councillor Karen Harper brought a motion to council Monday with five ways Saanich could help address the crisis. Among them, a local safe consumption site like the one that’s been operating in downtown Victoria since 2018.

Harper agrees, saying it’s an issue everyone in the region has been either indirectly or directly affected by.

“This is an issue that affects all of us, either on a personal level, many many families in the region have experienced directly or indirectly the harm this crisis is causing,” said Harper.

There are currently 12 overdose prevention or safe consumption sites operating in Island Health and there has never been an overdose death at any of them.

While the idea is in the early stages, and there’s no location proposed yet, it’s already proving controversial with some Saanich residents strongly opposed to the idea while others say they’re in favour.

While council won’t consider the proposal for a few weeks, Saanich’s mayor says he supports the idea as long as Island Health and the provincial and federal governments are on board and will fund and operate it.

“I personally know families who’ve lost individuals through death or impacts of drug addiction, so yes, I think this council would step up to look for opportunities to deliver that kind of service,” Haynes said.

The motion also calls for access to safe supply, something Correne Antrobus is also pushing for.

“I’ll never give up holding hope for her and the other ones that suffer,” she said. 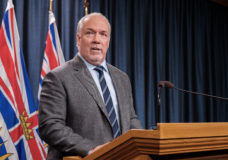 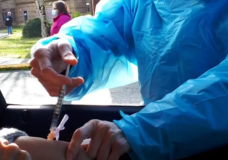