Nurses delivered urgently needed COVID-19 vaccines for a second day in a row at Cowichan Tribes, as the community continues to struggle with an ongoing outbreak.

“It’s a lot of my family and my friends that I’m helping here,” said Cowichan Tribes member James Ouellette, as he directed traffic, “It’s very scary.”

Healthcare workers have spent the past two days vaccinating as many vulnerable seniors as possible.

The number of positive tests has surged in the past week and, as of Thursday, the Duncan area First Nations had 96 active COVID-19 cases.

In an effort to slow the spread of the virus, the community deployed a shelter-in-place order for its members back on January 6.

“Overnight, we had 16 new cases,” said Cowichan Tribes Associate Health Director Marnie Elliott. “So the fact that we’re getting these vaccines is really bringing hope.”

Elder Lucy Thomas received the vaccine Wednesday and said it has her feeling safer than she’s felt in months.

“I can’t believe we just got the shot,” said Thomas. “Like I was walking around in a fog for 10 months and today, I see sunshine.”

Although Thomas has received the vaccine, she still intends to wear a mask and keep physically distant from others to limit the spread.

Elder Brenda Lange was of the same mindset as Thomas, saying she took her grandchildren out for the first time in months on Thursday.

Elliot said that, so far, health officials have vaccinated 382 members of the community.

“One of the things that we’re gaining is hope that we’re on the right path,” she said, “With the shelter in place that’s going to keep us all safe.”

That shelter-in-place order remains in effect, and according to officials, the virus’ spread may still get worse.

Vaccinations will continue Friday as health workers fight a virus that already has a two-week lead in this community. 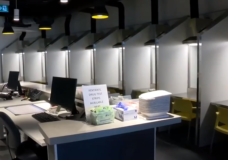 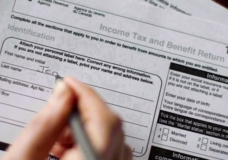