In recent years, increased rainfall has led to the cancellation of Peninsula soccer games, practices equating to hundreds of hours of playtime.

The condition of the fields they play on have suffered and the Peninsula Soccer Club is hoping to fix this so their athletes no longer have to miss out.

“Last year we were closed for almost three months in the winter and in the summer we have to reseed and regrow the grass and we’re closed for another four months or so. Sometimes seven months out of the year kids don’t have anywhere to play soccer,” says Sean Broome with the Peninsula Soccer Club.

When the fields are closed there is nowhere else to go play. There are no turf fields anywhere on the Peninsula and it’s affecting their close to 600 athletes.

The club says these closures force kids inside, away from the physical, social and mental benefits the sport has to offer, something especially important during the COVID-19 pandemic.

“We lag behind all the other communities on Vancouver Island for not having somewhere to support our kids, kind of, outdoor activity,” says Broome.

The club has been fundraising to give these fields a face-lift by putting in two weather-proof turf pitches. Recently, surrounding municipalities stepped up to help, but the club still needs about $1 million.

“If we had the money we’d have both fields done and probably not this summer but next summer we’d like to be playing on two turf fields having tournaments all summer, be open all winter and giving our kids all the usage that they’d like,” adds Broome.

The club is hoping to give their athletes the ability to play year-round without them having to worry about what the field might look like after a little rain.

In recent years, increased rainfall has led to the cancellation of Peninsula soccer games, practices. The condition of the fields they play on has suffered, and as Hannah Lepine tells us, the community is hoping they can fix it so their athletes no longer have to miss out. 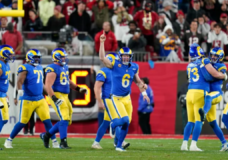 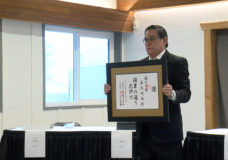