Passing on home inspection turns into nightmare for Nanaimo family

WATCH: A Nanaimo woman is sharing her family’s living nightmare in hopes of saving another first-time buyer from their fate. The hotter than ever real estate market is making it more and more common for buyers to waive conditions and forego home inspections. Skye Ryan reports.

Wendy Ettinger and her son Matthew Noel’s dream home has turned into their nightmare.

“It looked immaculate on the outside. They made it look that way,” said Mathew Noel. “It said beautiful brand new 1-year-old, fully authorized home.”

With multiple offers on the table for the house, they decided to offer over its $440,000 asking price and waive the home inspection, on advice they say their real estate agent gave them.

“There was another offer and what we should do is maybe raise the price and drop the inspection,” said Ettinger.

What this family says they didn’t know then was how long their so-called “new build” had been sitting incomplete. It turns out that construction began on it all the way back in 2009 when the recession shuttered so many projects.

“Oh we were just shocked right away,” said Ettinger. “We had no idea.”

The family’s investigator, James Craig, said he’s learned that over the years the house filled with water, which likely led to the mold evidenced in reports they’ve now paid for.

Mold that makes it impossible for Matthew Noel to live in the home now.

“The whole house is filled with penicillin and stachybotrys which are both toxic molds,” said Noel. “Life-threatening molds and I can’t breathe in there.”

So even the interview with CHEK took place outside.

President of the Vancouver Island Real Estate Board Don McClintock says this case is why inspections are so crucial, and why buyers shouldn’t be tempted to pass on them.

Without any conditions then they have unconditionally purchased the home,” said McClintock. “They have no further recourse.”

Wendy Ettinger and her son have been told it will cost as much as $100,000 to repair their new home. They’ve now hired a lawyer to take their case against the home’s builder and real estate agent to court. 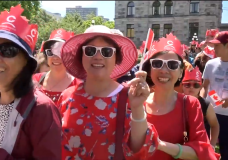 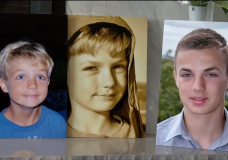