WATCH: The parents of a teenager who died of an accidental drug overdose now want an inquest into his death. Elliot Eurchuk died in April after his parents say the health care and school system failed him. As Kori Sidaway tells us, their goal is to prevent future tragedies.

The parents of an Oak Bay teenager who died of a drug overdose now want an inquest into his death.

“The pain the sadness, the loss is really overwhelming, but something’s got to be done so that other families don’t find themselves in the same situation,” Brock Eurchuk said, still reeling from the loss of his 16-year-old son, Elliot.

“We’ve had lots of time to reflect on the things that really did go wrong with Elliot’s situation,” said Elliot’s mother Rachel Staples.

“It appears that there are layers and layers of things that should have been addressed.”

The Oak Bay High teen died from an accidental overdose just over two months ago, after he grew dependent on prescribed opiates. Now his family is seeking a coroner’s inquest into his death.

“Elliot was exhibiting acute, lethal, at-risk behaviour. But, because of existing legislation, he was able to block critical information from Rachel and I to clearly understand his level of dependency on opiates,” said Brock.

Under the B.C. Infants Act, children under 19 can give sole consent to a medical treatment if the health-care provider deems it’s in the child’s best interest, and the child understands the potential risks and benefits.

Left in the dark about their 16-year-old sons’ opiate problem, Elliot’s parents are hoping this inquest will result in changes to this legislation.

“Ultimately, an adolescent that has a substance abuse problem is not able to make a rational, healthy decision for themselves. The system handicapped our ability to parent him,” said Brock.

For the Eurchuks, the legislation is just the tip of the iceberg.

When Elliot overdosed in a hospital a month before his death, his addiction finally became clear to his family. But his parents say their efforts to address his opiate dependency issues were ignored.

“‘I need you to keep my son here until we have a concrete plan on how to handle him’, He was discharged twenty-four hours later,” said Brock.

Through the inquest, the Eurchuks are hoping to prevent this from ever happening to another child, or family, ever again.

“More children are going to die until these changes are made, there’s no doubt in my mind,” said Brock. 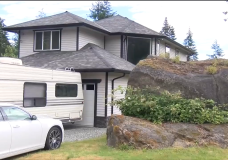 Passing on home inspection turns into nightmare for Nanaimo family 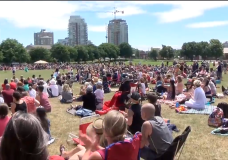