Passerby helps prevent Nanaimo’s Bastion from going up in flames

July 14, 2020 updated
CHEK
WatchFirst responders were especially concerned about responding to the fire at The Bastion because it contains gun powder.

Nanaimo Fire Rescue got the fire shortly before 12:30 p.m. When they arrived, they found a door had been lit on fire.

“That fire made it through the back door and caused some damage in the wall and some smoke damage throughout the building,” said Assistant Fire Chief Jodi Le Masurier of Nanaimo Fire Rescue.

Also heightening the concern of those responding was the presence of gun powder.

“Luckily, because it was knocked down quickly that wasn’t impacted but it could’ve been a dangerous threat.”

Built by the Hudson’s Bay Company in 1853, The Bastion is B.C.’s third oldest building. Its bell welcomed early settlers to the city. In 2010, the Nanaimo Museum along with partners restored the Bastion.

It’s often lit up with lights to mark special occasions but today, it could have all come to an end.

“I was contacted by the alarm monitoring and headed down straight away,” said Sophia Mahar, Nanaimo Museum’s General Manager.

“Of course, you never want to hear that one of the assets under your care is having any kind of an emergency.”

Mahar says she was heartened to hear a passerby used an extinguisher to help knock the fire down before firefighters arrived and she says the gun powder is not historic.

“It’s not old gun powder. We also run the cannon firing program that happens up on the waterfront every year so we source small amounts. We work with the federal regulatory division and fire department to make sure we have it all stored properly.”

Mahar says she has no idea why anyone would want to damage The Bastion but she says she’s grateful the outcome wasn’t any worse.

Over the years, Nanaimo’s Bastion has moved twice and it’s known as Nanaimo’s most recognizable landmark. 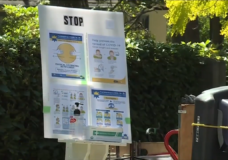 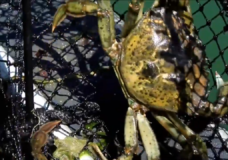