Parksville woman, a crew member, stuck on cruise ship in the Philippines as COVID-19 pandemic stretches on

Christina Webster is desperate to bring her mother home.

“I mean it’s my mom. I want my mom home. We want her back in our country.”

Parksville grandmother Diane Webster is one of five Canadians on the crew of the Queen Elizabeth Cunard Line, which was docked in limbo in Manila’s Harbour Thursday. The ship is looking for a place to disembark its 900-member crew as officials keep refusing to let them unload from the ship.

“In limbo. The world needs to know what they are doing here is what she said to me. They were floating around Australia for a while trying to see if they could get into Australia to disembark and Australia said nope, nope, nope,

“So they’ve been on the ship just the crew members Covid free for a month.”

The cruise ship that was one of 17 ships in Manila Harbour Thursday, all in the same situation.

Diane, who works in the cruise ship’s salon, asked her daughter to reach out through CHEK News since the Canadian Consulate has said they are aware of the situation but could do nothing at the moment.

“She’s in the safest place she can be but it’s like the stress right,” said Christine.

MP for Courtenay-Alberni Gord Johns is hoping to help. His team has already brought home dozens of area residents who found themselves stranded abroad.

“We know that there’s a lot of Canadians that are still abroad working in the cruise ship industry.” 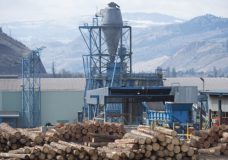 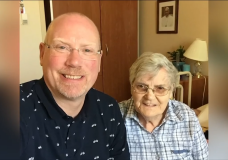