A structure fire in Parksville Friday night is believed to have claimed the life of a man in his 30s.

Neighbour John Albanese called 911 after seeing heavy smoke coming out the front door and a friend of the man who lived there trying to determine if his friend was inside.

“I’d seen him come out and catch his breath a couple of times, and then he went back in to try and find him,” Albanese recalled in an interview with CHEK News.

The friend was eventually forced to stop looking for the home’s occupant because of the thick smoke.

Fire, police and ambulance got the call for the Englishman River Motel property on Island Highway East shortly before 9 p.m. Friday.

“Crews arrived on scene. They found the smoke coming from the structure. Our initial crew went inside, located the room where the fire occurred and there was one occupant who they removed from the structure at that time,” said Chief Marc Norris of the Parksville Fire Department.

Firefighters and BC Ambulance paramedics tried to revive the man, who neighbours identified as Evan Cue, without success.

“I can see he had a big heart. He was a very quiet kid. I can say kid, but he was older than me [and] he came off very humble, very genuine, very compassionate and you could see he wanted to change his life,” said neighbour Garrett Okeymow.

Neighbours say Cue had been working at the motel property and cleaning up tree debris from a recent wind storm.

“As of now, there is no evidence to support foul play but a fire investigation is being performed,” said Cst. Mark Maddex of Oceanside RCMP.

Firefighters couldn’t find a working smoke alarm in the unit and Parksville’s fire chief says it’s tough to say how much of an impact it had on this fire.

While the fire investigation is set for next week, those who live nearby say they’re feeling shaken by the death of their neighbour who died far too young. 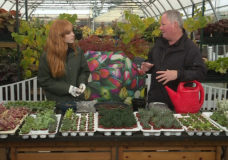 Get Up and Grow: Beginner-friendly indoor succulents 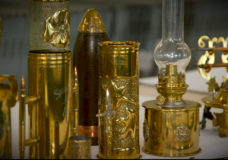 What is Trench Art? The Royal BC Museum shares its collection of mementos made on the battlefield