WATCH: One Vancouver Island city is making a case for getting rid of B.C.’s new speculation tax. The provincial government introduced the tax as a way of dealing with the housing affordability crisis. In Parksville, the fear is the tax is already having a negative impact on development and may hurt tourism. Mary Griffin reports.

The beaches in Parksville draw people from all over Canada, including many retirees.  ”

Fitzmaurice spends half the year at his Parksville townhouse, and the other six months in Ontario. He’s upset with the idea of a speculation tax introduced by the provincial government.

“I think it’s a huge error. I mean, just for a little place like this, I think by next year, it would add eight or nine thousand dollars on top of what we already pay,” Fitzmaurice said.

Now the concern is over development. Boarded up windows will remain in place at the Parksville Beach Resort, a proposed multi-million dollar project, all due to the speculation tax, according to the city’s mayor, Marc Lefebvre.

“It’s a $150 million, it’s a 20 per cent tax increase for the City of Parksville. And they are now having second thoughts.”

Meanwhile, Liberal MLA Michelle Stilwell, who represents the Vancouver Island riding of Parksville-Qualicum Beach, hammered the government on the tax.

“Last week, I asked the minister about the chaos created by the speculation tax is causing in my community.”

Communities across the province are speaking out against the proposed speculation tax, saying the levy could damage their economies. The Regional District of Nanaimo joined West Kelowna on Wednesday in asking the NDP government to rethink the tax, introduced in February?s budget.  But Finance Minister Carole James says clarity is coming.

“It’s a new tax. It’s a bold tax,” James said.  “And so, I announced on Budget Day that we would put the principles of the tax out with the details to come. That will be coming shortly, then the legislation in the fall. So people will have details well ahead of time.”

But in Parksville, Mayor Lefebvre said the fear is that uncertainty around the speculation tax is slowing down development, and potentially the economy.

“One hundred and thirty-one million is contributed to our tourism economy in the Oceanside area, Parksville is a big part of that. All of our resorts in the last couple of years have a 90 per cent occupancy rate. So, we are very, very, very concerned.” 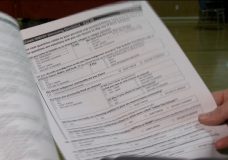 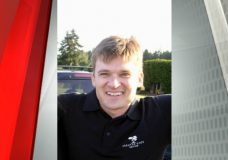