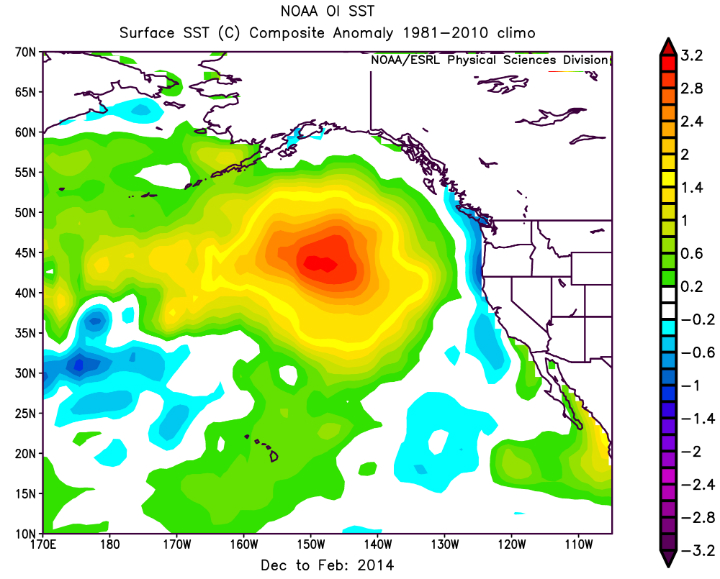 A patch of warm water that first appeared in the northeast Pacific Ocean in late 2013 and was nicknamed “the blob” has dissipated, according to scientists.

The patch of warm water was caused by an atmospheric high-pressure system, which led to a lack of winter storms. At its peak in January 2014, the blob, which encompassed the entire Gulf of Alaska was nearly 3 C over the normal sea surface temperature.

“The blob has dissipated but we’re seeing some lingering effects on the fisheries and species,” Richard Dewey, associate director of science at Ocean Networks Canada said.

“It was relatively huge on a global scale.”

Dewey said normal winter storms and atmospheric conditions in the winter of 2016 helped the blob to go away. The change could also be felt on Vancouver Island, where Dewey said residents were enjoying above-average temperatures starting in 2013 and may have felt the winter of 2016 was too cold.

The ocean’s temperature increase in the blob caused the water to become less nutrient-rich. The area saw a massive bloom of toxic algae and warm water species became predominant in the area. Salmon catches dropped as fish migrated away due to low levels of zooplankton. Dewey said the salmon in the area would survive but they would not be as large as they used to be.

There are some lingering effects of the blob, including an abundance of Pyrosomes, a warm water tunicate plankton, that have been seen off the entire coast in 2016 and 2017.

“It took a few years to cool down,” Dewey said.

While the blob has gone away for now, Dewey said Ocean Networks Canada and other scientists are watching for weather patterns under a warmer, changing climate that could cause a similar phenomenon.

“I think this is a symptom of what we might expect under a changing climate,” Dewey said. 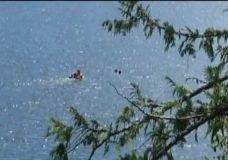 UPDATED WITH VIDEO OF RESCUE: 3 rescued from near-drowning at Thetis Lake by Good Samaritans 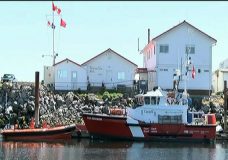