‘Our work in this area is not done’: Victoria Police seize $30,000,000 in drugs, cash and firearms in strike force operation 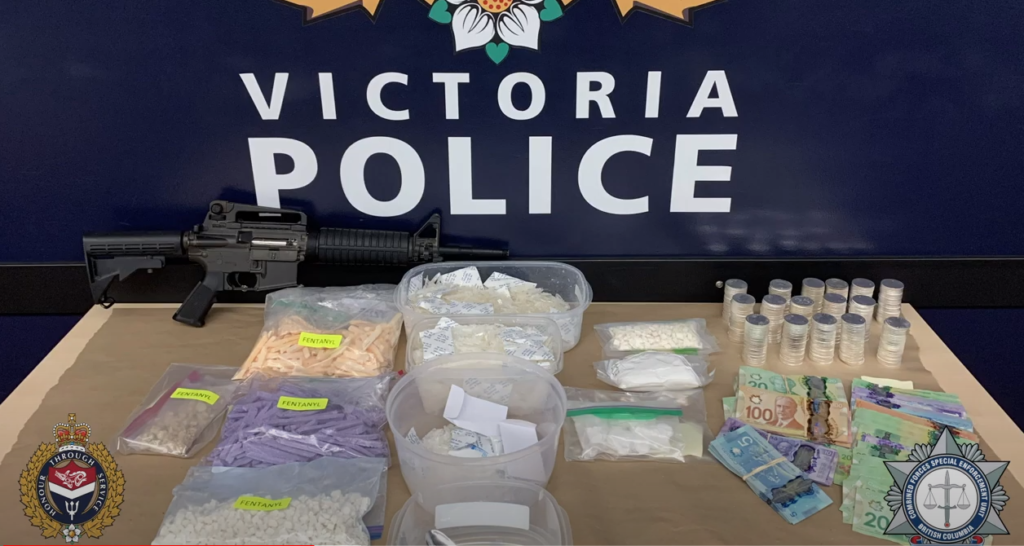 VicPD
Victoria Police Department's Strike Force has seized $30,000,000 in drugs, including high-concentration fentanyl, weapons, and cash as part of a massive bust.

The Victoria Police Department’s Strike Force, in a joint operation with the Combined Forces Special Enforcement Unit of BC (CFSEU-BC), has seized $30,000,000 in drugs, including high-concentration fentanyl, weapons, and cash as part of a massive bust.

Police say the bust led to items being seized in Victoria and across the lower mainland and resulted in the arrest of three men.

In a report issued on Wednesday, it outlines that VicPD identified an organized crime group trafficking fentanyl in Victoria back in June.

Over the course of the months-long investigation, Strike Force determined that the group was also trafficking fentanyl on the lower mainland – the same place that the fentanyl supply chain for this trafficking group was based.

VicPD’s Strike Force initiated the joint investigation with CFSEU-BC’s Anti-Trafficking Task Force (ATTF) in August – dubbed Project Juliet – and on November 17, officers say they conducted coordinated enforcement actions in Victoria and the lower mainland targeting the suspects in this investigation.

Four search warrants were executed on three separate residential locations and one vehicle, according to the police report.

Investigators arrested one suspect at the Fairfield Road location, while a second suspect was arrested in a vehicle in the 900-block of Yates Street.

The search of the locations in Victoria yielded over one kilogram of cocaine, over two kilograms of high-concentration fentanyl, over two kilograms of methamphetamine, and evidence of drug re-purposing and packaging for a trafficking operation, including over six kilograms of cutting agents. VicPD Strike Force officers also seized a replica assault rifle and $50,000 in cash, states the release.

“When we talk about the scope of this project, this is the top of the fentanyl trafficking pyramid in British Columbia. This sends a strong message that police agencies are united across this province. We have a shared vision and every day we will continue to do the important work of making an impact against organized criminal groups in our communities,” said VicPD Chief Del Manak.

The search of the locations on the lower mainland yielded a kilogram of MDMA (which is commonly referred to as ecstasy), two kilograms of methamphetamine, over ten kilograms of high-concentration fentanyl, and evidence of drug re-purposing and packaging for a trafficking operation, including over one hundred kilograms of cutting agents.

Officers also seized a kilogram of sildenafil (which is commonly known as Viagra).

A substantial amount of bulk currency was also seized from the lower mainland locations, currently totalling $335,390, along with three luxury vehicles.

In total, officers seized 20 firearms in this investigation, ranging from pistols and shotguns to assault-style rifles. Several of these rifles were modified to be fully automatic, and many of the firearms had serial numbers removed, police state.

The estimated total street value of the seized cocaine, MDMA, methamphetamine, and high-concentration fentanyl in this joint operation is approximately $30,000,000, with the fentanyl being seized in both bulk and street level quantities.

According to the report, an initial analysis by Health Canada of the bulk quantities of fentanyl seized in this investigation has verified that the concentration ranges between 88 percent and 90 percent fentanyl.

The more than twelve kilograms of high-concentration fentanyl seized in total in this investigation is enough to supply an estimated 3,965,000 lethal doses, health experts say.

“What is clear to us is that our work in this area is not done,” continued Manak.

“The provincial opioid crisis continues to affect people from all walks of life, across all socio-economic groups. It reaches into our high schools and our homes. The tremendous outcome of this joint project is just one step in the targeted enforcement of drug traffickers harming our communities. We will continue to combat the unsafe supply of these toxic drugs, working to end the public health emergency and to save lives.”

Strike Force and CFSEU-BC will be recommending drug trafficking and firearms charges against one man from Calgary, one man from Surrey, and one man from Vancouver. 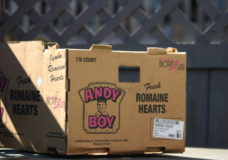