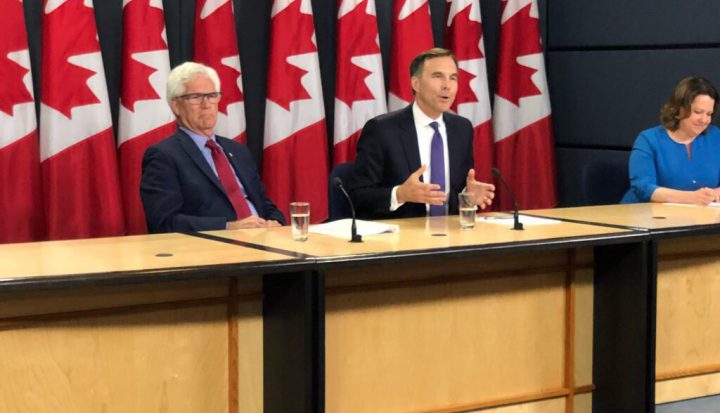 The federal finance minister says Tuesday’s announcement of Ottawa’s plan to get the Trans Mountain pipeline expansion built is an investment in Canada’s future.

Bill Morneau, along with Natural Resources Minister Jim Carr, announced the federal government will look to buy the pipeline twinning project from Kinder Morgan Canada, along with its core assets for $4.5 billion, pending approval from company shareholders.

In return, Kinder Morgan will continue twinning the pipeline until the sale is finalized, which may not happen until August.

Once the sale is complete, the government will take over the construction of the pipeline, then attempt to sell the project once market conditions allow for getting the best price in return.

The estimated price of the project is $7.4 billion.

Morneau said this is the best way to protect jobs and is the safest way to get Canada’s oil to the world markets.

Today @JimCarr_WPG and I announced that we have reached an agreement that will get TMX built, guarantee the summer construction season and protect thousands of jobs. 1/2 pic.twitter.com/RGASrKgWjH

In his presentation at an early morning cabinet meeting, Morneau said the government is in negotiations with interested investors including Indigenous communities, pension funds and the Alberta government.

The announcement comes in spite of the B.C. government’s opposition to expanding the existing pipeline between Edmonton and Burnaby, where oil is loaded onto tankers for export off the B.C. coast.

John Horgan’s office says the premier will be commenting at 10 a.m. Tuesday about the federal government’s announcement.

Ottawa’s plan to buy the pipeline project got an immediate response on social media.

Alberta Premier Rachel Notley, who has gone head-to-head with Horgan over the project’s construction, wasted little time to praise the news, tweeting, “This is a major step forward for all Canadians.”

This is a major step forward for all Canadians.
We have met the deadline.
This project has more certainty than ever before.
We won’t stop until the job is done!
I’ll have more to say later this morning. #KeepCanadaWorking #ABleg #ABpoli #TMX

Prime Minister Justin Trudeau said the government is taking action to “create and protect jobs” and called the project vital to the national interest.

Today, we’ve taken action to create & protect jobs in Alberta and BC, and restart construction on the TMX pipeline expansion, a vital project in the national interest. Watch Ministers @Bill_Morneau and @jimcarr_wpg: https://t.co/cgAn3lH8jq

On the other side of the controversial pipeline argument, Greenpeace Canada tweeted a short video, calling the Prime Minister “Justin Crudeau”.

In a statement, Greenpeace Canada says the federal government is “gambling billions of Canadian taxpayer dollars on an oil project that will never be built ? a project that Kinder Morgan itself has indicated is ?untenable? and that faces more than a dozen lawsuits, crumbling economics, and a growing resistance movement that is spreading around the world.”

Federal Green Party leader Elizabeth May, who was fined $1,500 after pleading guilty to criminal contempt charges in a B.C. court Monday, tweeted the company is “laughing all the way to the bank.”

Kinder Morgan laughing all the way to the bank. KM gets $4.5billion and walks away. Canada to raise money to build $7.4 billion project.

May and other pipeline protesters were arrested in March after entering a court-imposed protest-free zone by blocking a road to the company’s coastal marine terminal in Burnaby. 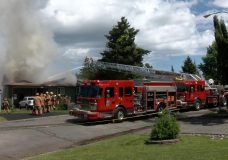 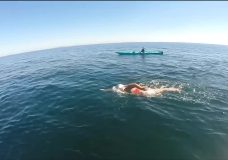