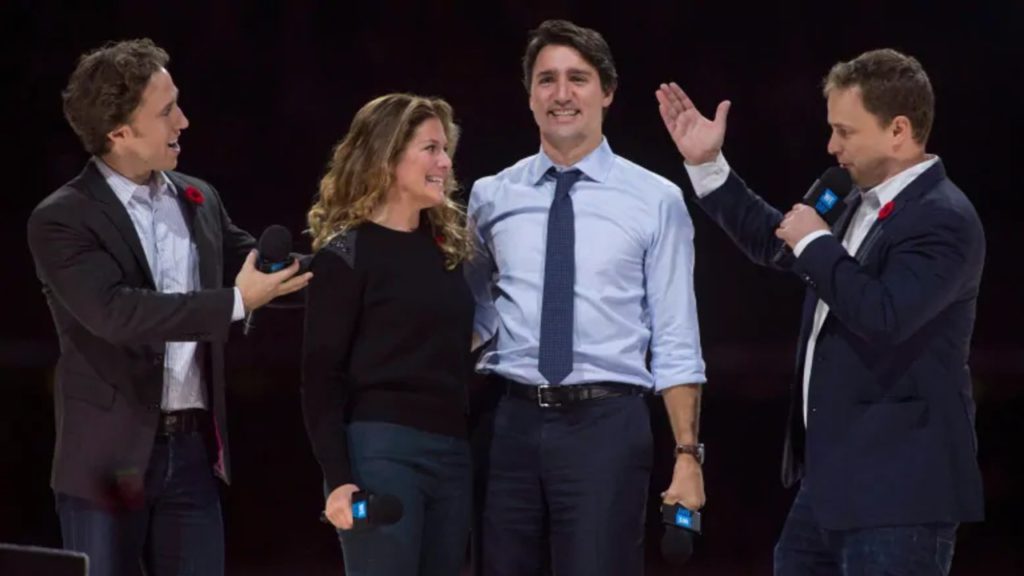 Adrian Wyld/Canadian Press
Co-founders Craig, left, and Marc Kielburger, right, introduce Prime Minister Justin Trudeau and his wife Sophie Grégoire Trudeau as they appear at WE Day celebrations in Ottawa in 2015. The Liberal government's decision to have the WE Charity administer a $912-million student volunteering program has come under fire due to the Trudeau family's ties to the organization.

Opposition parties are hoping the imminent release of government documents related to the We Charity affair will shed some light on how an organization with close ties to Prime Minister Justin Trudeau was awarded a deal to administer a federal student grant program.

The government has until Saturday to table with the House of Commons finance committee all memos, briefing notes, correspondence and other documents related to the now-cancelled agreement.

In the meantime, however, the committee’s efforts to delve deeper into the controversy could be stymied due to the unavailability of key witnesses.

The committee, which heard last week from Trudeau and WE Charity founders Craig and Marc Kielburger, is scheduled to hold another video conference meeting today.

But committee chair Wayne Easter says it could be cancelled because, as of late Wednesday, none of the invited witnesses had yet confirmed their appearance.

Conservative members of the committee had submitted a list of witnesses they want to hear from, including WE Charity’s chief financial officer, Victor Li, and Employment Minister Carla Qualtrough.

NDP committee member Peter Julian said he’s “not yet” concerned that witnesses are not making themselves available for questioning about the affair, which has mired the government in allegations of unethical conduct.

Indeed, he is hoping that the documents will clarify some facts and give the committee a better sense of who should be called as witnesses and what questions should be asked.

“There have been so many contradictions through this that I think it’s fair to say that the documents, hopefully, will start giving us some answers,” Julian said in an interview.

“I think in terms of the next witnesses to get answers, the documents will help point us in the right direction.”

Julian moved the motion, adopted by the opposition-dominated committee a month ago, to demand the government produce all documents related to the affair.

He is hoping that another one of his motions, passed by the committee earlier this week, will help encourage other witnesses – those with knowledge of WE Charity’s operations but afraid of repercussions if they speak out – to come forward. The motion extended the parliamentary privilege to protect witnesses against potential lawsuits.

The controversy has dogged the government since late June when it announced an agreement to pay WE Charity up to $43.5 million to administer a $912million grant program designed to encourage students to sign up for volunteer work related to the COVID-19 pandemic. The agreement stipulated that the charity could not make money on the deal.

Trudeau has been a featured speaker at numerous WE Day events and his wife hosts a podcast for the group, for which they have not been paid. However, it has since transpired that Trudeau’s mother and brother have been paid almost $300,000 for speaking at numerous WE event over the years and reimbursed for some $200,000 in expenses.

One of Morneau’s daughters works for the organization, another has spoken at its events and his wife has donated $100,000 to it. Morneau also revealed last week that WE Charity covered $41,000 in expenses for him and his family in 2107 for trips to view two of its humanitarian projects in Ecuador and Kenya.

Morneau wrote a cheque to reimburse the organization for those expenses shortly before testifying at committee last week.

Both Trudeau and Morneau have apologized for not recusing themselves from the cabinet decision to have WE Charity administer the student grants. However, they’ve insisted that the recommendation to outsource the program to the charity came from public servants and that they did not personally try to influence the decision.

Indeed, Trudeau testified that he delayed cabinet consideration of the plan on May 8, when he says he first learned of WE Charity’s involvement so that bureaucrats could do further “due diligence.”

At no point did either Trudeau or Morneau consult the ethics commissioner on the matter.

The controversy has also raised questions about WE Charity’s complex organizational structure and accounting mechanisms, its use of high-profile corporate sponsors and celebrity endorsements and its work culture, which some former employees have described as toxic.

Conservative MP Greg McLean wrote National Revenue Minister Diane Lebouthillier on Wednesday, requesting that she commission an audit of the consolidated financial statements of WE Charity and all its many connected entities, including the WE Charity Foundation which was set up to administer the student grant program.

“Surely, as minister of national revenue, you and your officials must be curious as to the fluidity of expenses allocated between various WE entities,” he wrote, suggesting that expenses of tax-exempt charitable events may have been improperly allocated to taxable WE entities.

The organization has also faced allegations of lobbying the federal government in April, without registering as legally required, about a youth program similar to the eventual student grant program.

The controversy prompted WE Charity early last month to pull out of the deal to administer the student grants.

This report by The Canadian Press was first published Aug. 6, 2020. 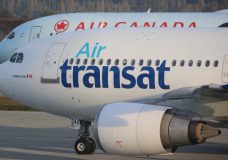 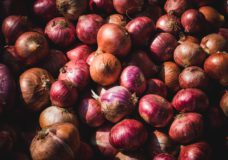