Early Friday, a suspect rammed a police cruiser while fleeing behind the wheel of a stolen vehicle. Luckily, no one was injured.

In a rash of violence, three Victoria Police officers are recovering after violent assaults in just one week earlier this month.

WATCH:  ‘Left to pick up the pieces’: Victoria police board calls for more supports in wake of assaults

Just two of the four main party candidates running in Victoria responded to a request by CHEK News for comment on the escalating violence in the city.

“A rise in violence and rise in crime is the wrong direction for what we’re doing here in Victoria.”

“I think the Victoria Police are trying to do their very best in very challenging circumstances.”

The NDP candidate, Laurel Collins’ campaign did not respond to a request for an interview and Conservative candidate Hannah Hodson cancelled a scheduled interview.

“We’re seeing things at a whole new level. I can tell you enough is enough. and it’s gone way too far.”

Earlier this year, a male suspect stole a harbour ferry, taking police on a chase before they managed to arrest him.

“There need to be consequences for individuals that are in our community that are causing the greatest harm,” Manak said. “We have to not have a revolving door.”

The Green Party and Liberal candidate were also in agreement on how to tackle crime in the city.

“It’s a small group, but significant group of people are committing these crimes are over and over,” Macdonald said. “And we need to make sure they are getting the mental health supports they need.”

Voters will have their say at the ballot box on Monday, September 20th.

WATCH:  Climate change a key issue in federal election, but are you willing to make the changes needed? 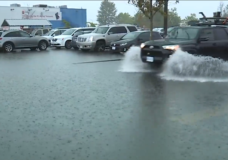 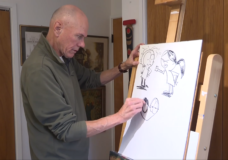