In his Gordon Head studio, Brian Tate is sketching out his latest cartoon.

“We look for those things that we can get involved in and lose all sense of time and hours later just seems like it was minutes that passed,” says Tate.

“Painting and illustrating and cartooning is like that for me,” adds Tate.

He didn’t always have time to doodle.

Pre-pandemic Tate was kept busy as a choir conductor and composer, but in March of 2020 that all came to an end.

“It was really the first time since I graduated from university that I have not been doing music of some kind of another,” says Tate.

So Tate turned to a passion he’s held since childhood.

“Cartooning has always been a love of mine, but I’ve never really had time to pursue it in a serious way,” says Tate.

“So I realized everything’s shut down, I’ve got an art studio here and I finally have the chance to pursue an area of passion,” adds Tate.

He’s done everything from traditional comic strips to COVID satire, all posted on his Tatetoons website and Facebook page.

“Cartoons and comics are a way to comment on life, but it’s also a way to give people a lift,” says Tate.

It’s been a welcome break from the world of music and a chance for Tate to channel his creativity into another art medium.

“I love having my little space down here and producing something that I can instantly send out to the world is a wonderful feeling,” says Tate. 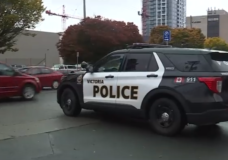 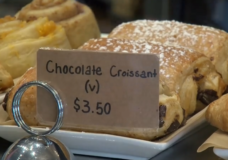 Order Up: The Allenby Cafe