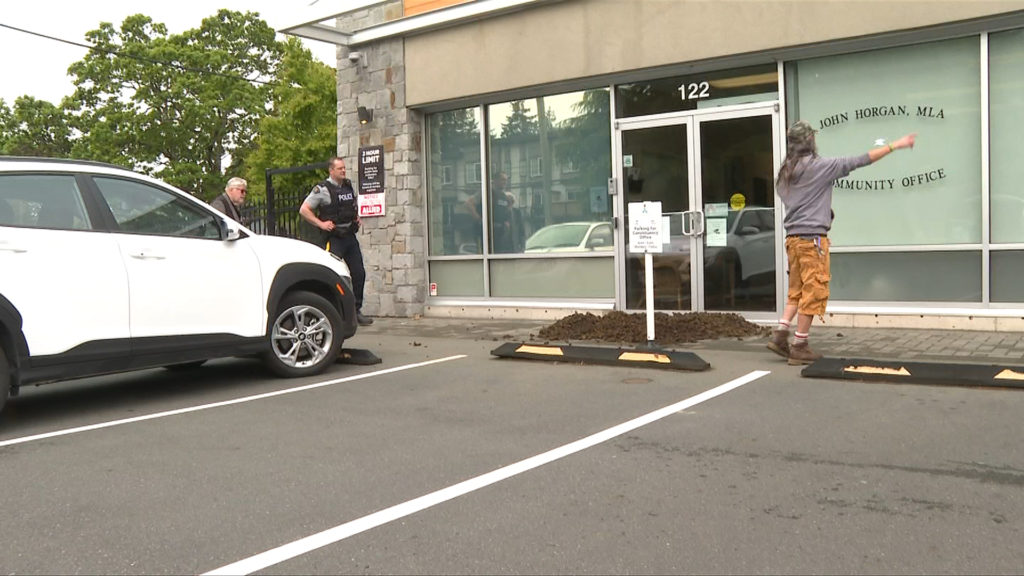 The group of old-growth protesters who have previously been blocking highways changed tactics Wednesday by dumping manure in front of Premier John Horgan’s MLA constituency office.

Save Old Growth says members chose to dump manure at Horgan’s Langford office because of the NDP government’s inaction to protect old-growth forests.

“The NDP Horgan government doesn’t seem to give a s**t about following through on their promises to protect old growth, so we gave him some,” Sophia Papp, a spokesperson for the group, said in a statement.

CHEK News reached out to Horgan’s office for a response, but Public Safety Minister Mike Farnworth sent a statement instead.

“Peaceful protest is part of our democratic society. On the other hand, vandalizing property, preventing people from accessing services, and harassing local businesses is deplorable behavior [sic],” Farnworth said in a statement. “For those who employ these reprehensible tactics, I can assure you that you achieve nothing but increasing the frustration of the local community.”

He says the nearby residents and business owners helped clean up the area.

Save Old Growth says the protest actions continue because the provincial government has not followed through on its campaign promise to implement the recommendations in the Strategic Review of How British Columbia Manages for Old Forests Within its Ancient Ecosystems.

“The Premier himself promised a ‘paradigm shift’ for the forestry industry in BC, an overdue and necessary step in protecting old growth. Instead, we’re continuing the same outdated, crappy policies and practices we’ve had for decades,” Alexi Hu, supporter of Save Old Growth said in a statement.

West Shore RCMP say officers were called to Horgan’s office around 9:30 a.m., about 30 minutes after the incident occurred.

In a release, RCMP say the incident is being investigated as mischief. 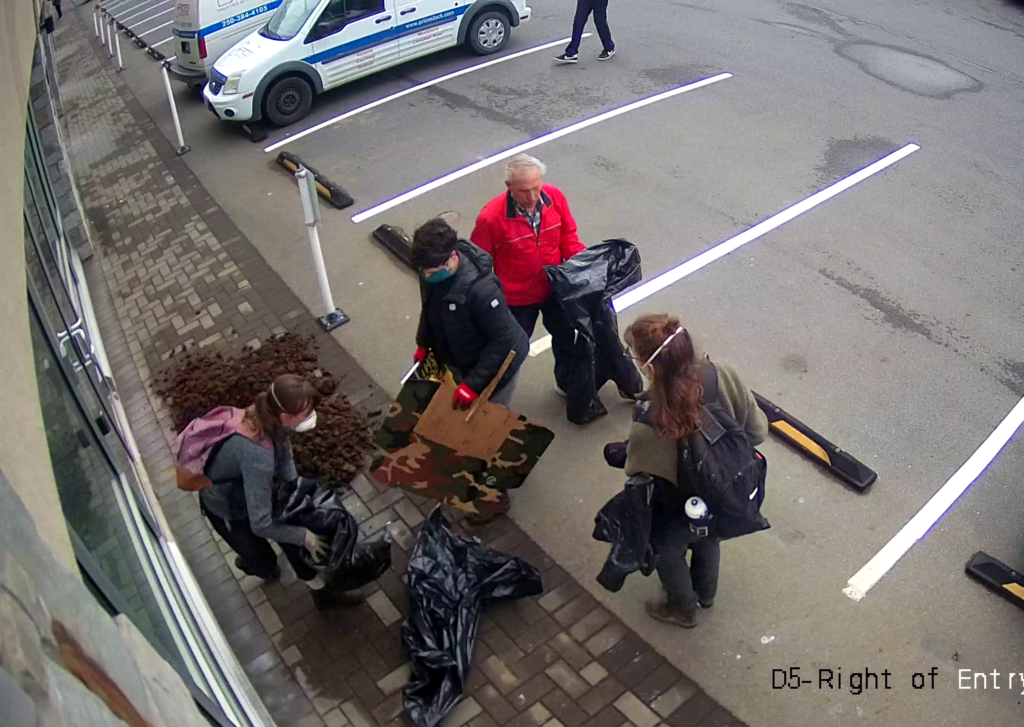 Anyone with information about the incident is asked to contact the West Shore RCMP at 250-474-2264. 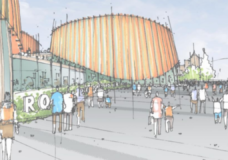 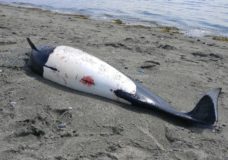 Dead porpoise washes up at Esquimalt Lagoon in Colwood