A coalition of people wanting to protect old-growth trees on Vancouver Island held a protest in front of the Nanaimo courthouse Monday.

It comes a day before the logging company Teal Jones files an application to extend the court-ordered injunction around the land it’s logging on Vancouver Island.

The old-growth defenders, as they call themselves, arrived in front of the Nanaimo courthouse at one o’clock Monday afternoon and remained for several hours.

They even blocked traffic on Front street for a period of time, which resulted in police attending to talk to them.

What’s at stake is the BC Supreme Court injunction that prohibits roadblocks or any protests that would disrupt logging activities in the fairy creek region or TFL 46. Now Teal Jones wants that injunction extended.

The protesters are opposed.

“I’m not sure why they’re not pausing the saws so deferrals and new implementations of the recommendations of the old-growth strategic review can be looked at and hammered in. They’re cutting right now at a heli-camp which is contingence forest to Fairy Creek valley,” said Shawna Knight, an old-growth defender from Sooke.

“There have been to date 989 arrests in the name of defending and preserving the life support system,” said Leah Morgan, with Extinction Rebellion Nanaimo.

It goes on to say “Without the injunction, anarchy would reign in TFL 46. Teal Cedar is accordingly applying to extend the injunction to ensure the rule of law is respected.”

Those protesting at the courthouse Monday say they’re not backing down. People will continue to protest and resist arrest. This battle over the forest showing no signs of coming to an end any time soon. 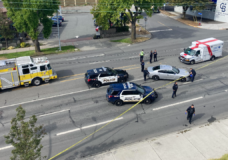 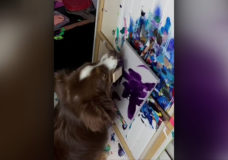