July 12, 2021 updated
CHEK
MV Schiedyk, a 483-foot cargo ship that sank just off Bligh Island in 1968, caused concern when a long slick was spotted on the surface of the ocean above it last December.

After decades under the ocean, tonnes of bulk fuel have successfully been removed from a historic shipwreck in Nootka Sound off the coast of Vancouver Island, the Government of Canada says.

MV Schiedyk, a 483-foot cargo ship that sank just off Bligh Island in 1968, caused concern when a long slick was spotted on the surface of the ocean above it last December.

That prompted the government to announce a $5.7-million emergency removal effort last month.

A technical assessment found that immediate action was needed to remove bulk fuel from the vessel to protect the pristine wilderness of Nootka Sound, which is also in the traditional territory of the Mowachaht/Muchalaht First Nation.

On Monday,  Fisheries and Oceans Minister Bernadette Jordan announced that 60 tonnes of heavy fuel oil and diesel had been successfully removed from MV Schiedyk.

Because of its depth on the ocean floor, the government hired a U.S.-based company, Resolve Marine Group, to perform the removal.

Holes were drilled into the ship’s four fuel tanks to drain fuel with hot water injected into the tanks to liquefy the oil and pump it to the surface and into the Canadian vessel Atlantic Condor. The oil and water were then separated.

The local First Nation jointly managed the response with the Canadian Coast Guard, B.C. Ministry of Environment and Climate Change and a virtual command post staffed by experts across Canada.

“My sincere thanks to all the partners involved in the response to the MV Schiedyk,” said Jordan.

“This was a challenging operation, given the depth of the vessel and the remote location, but a critical one. Marine pollution is a serious threat to our oceans and the marine life they sustain. The success of this operation is a great relief, and the direct result of the expertise, teamwork and dedication of all involved.”

In addition to the fuel recovered from the wreck, more than 48,500 kilograms of oil and oily waste was recovered since the start of the response in December. 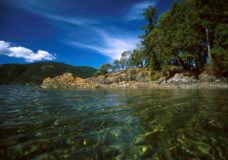 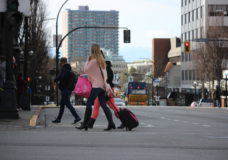