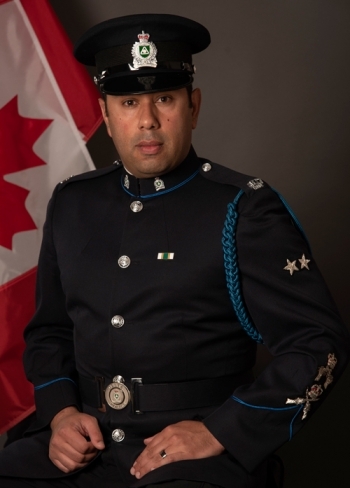 A 49-year-old Delta man now stands charged with two counts of aggravated assault and two counts of assault with a weapon following a stabbing incident outside a North Delta elementary school on Wednesday.

Manoj George is accused of having stabbed both a 41-year-old woman and an off-duty Delta Police officer who tried to intervene.

Acting Sergeant John Jasmins is in hospital in stable condition, the woman remains in serious condition but is improving.

Delta Police say A/Sgt. Jasmins witnessed an altercation between a man and a woman outside Immaculate Conception elementary school just after 3 p.m.

He stepped in and during the process both he and the woman suffered serious stab wounds.

“I want to thank the staff at Immaculate Conception and the parents at the school who leapt in to help immediately, calling 9-1-1, providing the initial first aid to the woman who was injured, and making sure the kids were looked after,” said A/Sgt. Jasmins.

“I want to express my gratitude to Surrey RCMP and my amazing wife and my children who were so brave, and had the awareness and composure to run to the nearest adult and direct them to call 911. My family and I are doing much better today.”

Delta Police say the suspect had been in a relationship with the woman who was injured in the incident.

“We’d like to commend the actions of a number of members of the public who assisted during this event,” says Delta Police Chief Neil Dubord

“And of course I want to acknowledge our officer’s quick thinking and bravery. Investigators believe that if John hadn’t acted so quickly, the woman involved in this incident could have lost her life. He is a hero.”

No students were injured but the school remained closed on Thursday, classes are expected to resume on Friday morning. 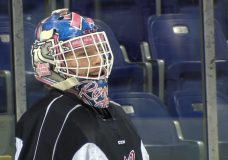 Royals get set for 3 in 3 with arch-rival Giants 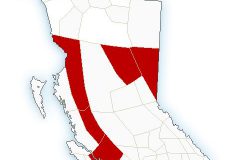